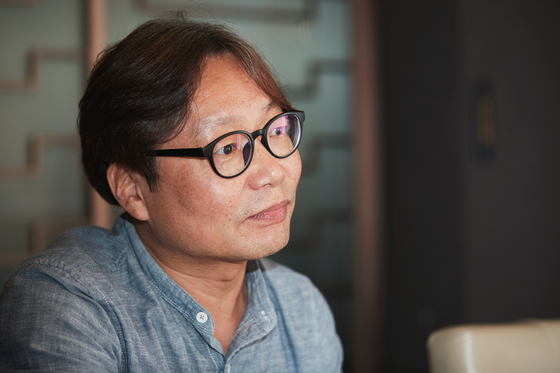 Theatrical director Wi Seong-sin, who wrote and has directed the play "The Story of an Old Couple" since 2003. [SEOUL ARTS CENTER] 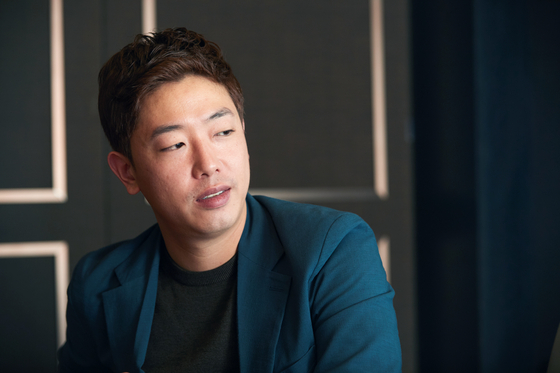 The audience watching “The Story of an Old Couple: Stage Movie” may find themselves tilting their heads in confusion when the film hits the local theaters on Wednesday.

Turns out, it’s a bit of each. The Seoul Arts Center (SAC) calls it a “stage movie” — a novel combination of a film and a play. The film is based on a theater classic, “The Story of an Old Couple” by director Wi Seong-sin, about two elderly people who fall in love and spend their remaining days together. 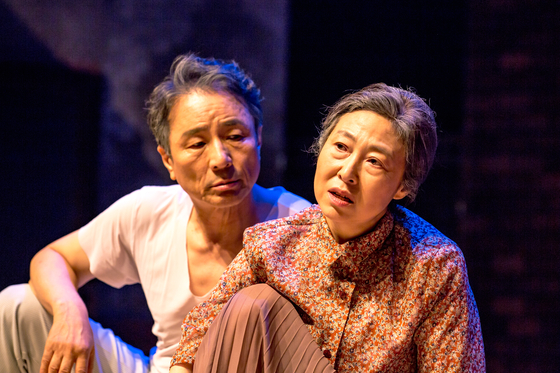 
A majority of the film takes place on the stage, but the way it is filmed — with zoom-ins and other common camera work — is similar to a movie. Part of the film also takes place outdoors, with the passage of time implied through changing scenery, before returning to the stage when a character enters the house from the outside.

This new approach to cinema has its roots in a project by the Seoul Arts Center called “SAC On Screen," which started in 2013. The project films high-quality theatrical performances to allow online audiences to view the content. The videos were provided for residents who lack opportunities to experience performance culture, such as those living in rural regions, soldiers and underprivileged children.

After the press screening earlier this month, Seoul Arts Center CEO Yoo In-taek said that the project was launched to provide an additional means of revenue for the performing arts. The spread of the coronavirus has further driven demand for the ability to watch theatrical performances remotely.

The Korea JoongAng Daily interviewed the theatrical director Wi Seong-shin and the video director Shin Tae-yeon from the digital media and culture events department of SAC to hear all about how they envisioned the film and what possibilities they hope the film would create for the performing arts.

How does it feel to pioneer a new genre?


Shin: Filmmaking on a stage is nothing new. But for this film, it is neither a theater play nor a film, and we created this while thinking about what we could gain out of it. I hope it does well for our first attempt, and [so that] such a genre is developed more so that more people can see it. Plus, as separate content from the stage, I hope this becomes another form which can help preserve the stage’s profits, and become a medium which could promote the stage as well.

Wi: I think before, filmmaking on a stage was more centered on documenting. [The video] cannot be equal to the vividness that the stage provides, so it was more about taping the stage as a form of record. But for this, the premise was not only about preserving but about meeting a whole new audience as a medium that they would consume. And I think this is the right direction. As "untact" [no-contact] performance is becoming the norm, this film stands somewhere in the middle of traditional and contemporary.

Shin: The part I struggled with was just that. In a way, this movie could be seen as damaging the original theater. So I made the film in two versions: One was the theater version — a video which the audience could see it as if they were watching the play — and the other was this. So it took a while.

How did you feel when you first saw the movie in a theater?


Wi: I was really worried about the movie. When it’s shown in a movie theater, I was afraid that the audience would be displaced by the stage set, the different tone [of the acting], or how long the scenes are.

I do regret the fact that the funny scenes which were supposed to draw laughter, such as when the couple was playing hwatu [a Korean card game also known as Go-Stop], weren't as funny in the movie. I felt the need for the script to be revised a bit to fit this new genre.

But how this movie is different from theater is the close-ups. You can really zoom in to the actors’ meticulous performances — they really stand out [compared to the stage], so I was very satisfied. 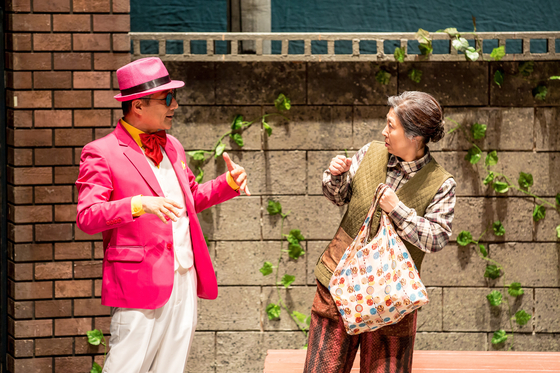 Scene from the film when Park Dong-man (played by Kim) and Lee Jeom-soon (played by Cha) meet. [SEOUL ARTS CENTER]


It seems like you had difficulty drawing the line between the theater and the film.


Shin: I did think about what Wi had said. I wondered, ‘Should I ask Wi to rewrite this part of the script?’ but that wasn’t up to me. The parts that I could meddle with were the actors’ positions on the stage, but I couldn’t possibly change the script.

Wi: What’s difficult is that in normal films or plays, actors do ad-lib, but as we are filming the stage, they prefer to stick to what they've always done before. If it was an ordinary film, [actors] can try out various scenes and improvise freely, but since it’s being recorded in a single take, it may seem that they were more rigid.

I never realized that there was demand for the performances to be seen on a screen.


Shin: The SAC musical “The Man Who Laughs,” was released in theaters last year in Megabox, and over 10,000 tickets were sold. In the post-Covid-19 era, all the theaters have been closed since April, and there are demands from people who miss the performances to view them in any way. For instance, a few months ago we streamed our videos on YouTube for a week, and I believe they were viewed over 730,000 times. There were positive responses from people saying that [watching the videos] let them vicariously experience the theater as if they were watching the performance from the front-row seat. [It’s not just SAC] but other performing arts organizations filming their stages — but none of them has the capacity to spend 100 million won [$84,000] [like the stage film] on their filming budget.

Wi: Which is why “The Story of an Old Couple: Stage Movie” could be an important turning point. If the film could generate enough profit, more could be invested into this new genre to the scale that the loss from performing arts could be canceled out by the profit made from video content.

Shin: I really do hope the system could head in that direction. What I do worry about, though, is that there are cases in which the sound quality of the videos are so poor to the extent that it may repel the [online] audience. From the perspective of the people who normally do not enjoy the stages, they might push people away instead of vice versa.

Moreover, it’s not that common for people to sit through the full stage of the videos. They normally see it in brief clips. When we see the database [on YouTube] for how much of the video people actually saw, the most they see is 20 to 25 minutes out of an hour-long performance. The majority leaves after three to five minutes, just checking in to see what we’re doing. More investment should be made into the videos, and this is why we are trying to put more effort into making high-quality content.