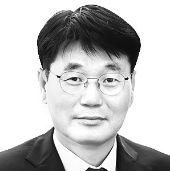 Lee Hyun-seok
The author is a professor of real estate studies at Konkuk University.

The liberals and conservatives agree that increasing the number of public rental units is the key to solving the housing supply shortage in Seoul. Although differing in names, all governments over the past 30 years have implemented programs to increase public housing for long-term rents reserved for the lower-income class.

The plan has provoked protests from residents in Gwacheon city and Mapo, Yongsan and Nowon Districts as well as their district heads and lawmakers. They oppose the plan on the grounds of worsening residential environment — from higher density to less greenery and dismissal of an earlier design to promote high-tech business sites (as in the case of Yongsan). But their real opposition stems from a “not-in-my-backyard” phenomenon as they disapprove of cheaper housing units built in their neighborhoods to undermine the value of their apartments.

It is unfortunate that public housing has become a source of disapproval from residents in the neighborhoods. The share of public housing for long-term rentals is expected to reach 8 percent of total housing stock this year, which is the average ratio of the member countries of the Organization for Economic Cooperation and Development (OECD). The goal is to raise the share to 10 percent by 2025. But the plan could face a setback if it is not approved by residents of those areas. 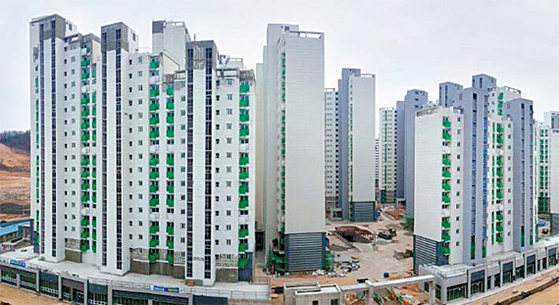 Apartments for public rent built in 2018 at Galmae District, Guri City, Gyeonggi, for low-income people. Tenants can live there without rent hikes for 10 years and own their apartment afterwards. The administration plans to construct 2.4 million cheap public apartments by 2025. [LH]


The negative image from public rentals results from the past programs that built small flat-like units which mushroomed to meet the housing quota in restricted locations. The quality of the apartments — in both construction and maintenance — significantly falls below the standards of those offered by private builders. The locations also lose appeal in housing value as they mostly sat on land reclaimed by covering reservoirs or railways.

The paradigm must change with the latest supply plan. The government aims to build 2.4 million apartments for public rental by 2025 for 25 percent of all families living in rentals. Even if it meets the quota, the quality of the housing may not be up to standards. The program won’t meet its goal of easing our rent problem if the negative image of public rentals does not change.

The key is to provide realistic supplies in desirable locations and quality. The Korea Land and Housing, which oversees more than 1.2 million public rentals, incurs 1 trillion won ($842.1 million) in losses annually.

Financing is important to meet the standards. Authorities should mull launching a real estate investment trust (REIT) to finance and manage public rentals. They must add appeal through easier conversions from rentals to ownership and higher floor-to-building ratios to offer returns for investors. The program also can draw some funds from the market. Special purpose companies also should run the REITs and public rentals to raise standards through competition.

Housing quality and locations are important for public apartments. Although pricing is crucial, young and newlyweds prioritize the quality and service in the residential areas. Through incentives, private builders should be invited for a role in redevelopments.

Creation of high-tech and industrial sites are also needed. Silicon Valley in San Francisco and Tech City in London were created because bright young people flocked to the areas for work and living.

I asked an official from a Japanese REIT company overseeing private rentals where the company builds housing. He answered that those apartments are located in places where the demand is high — within 3 minutes from the subway. To change the mindset about public rents, they must be built in popular neighborhoods with infrastructure that allows for easy commuting.