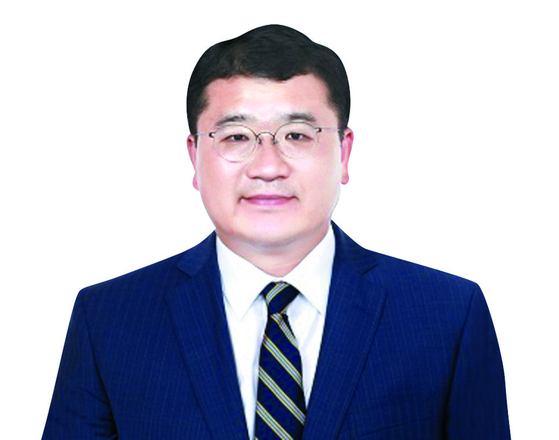 Because of the Covid-19 pandemic, there was no inaugural ceremony scheduled for Choi, who replaced Cho Sei-young. Cho had served as first vice foreign minister since May 2019.

Choi met with about 40 senior Foreign Ministry officials Tuesday afternoon and called on them to “carry out sustainable diplomatic polices and share information transparently.”

He added, “It is important to make foreign policies that don’t disappear and can been carried out consistently and sustainably even if the government changes.”

In his inaugural address, Choi focused on a message of “diplomacy for the people,” and said, “I will play a role in protecting the interests of the Republic of Korea without a hitch in the post-coronavirus era.”

Unlike his predecessors, Choi is also the first vice foreign minister who is not a career diplomat and did not pass the Diplomatic Service Examination.

Spending a vast portion of his career in academia, Choi is a former professor at Yonsei University’s Department of Political Science and International Studies and also has extensive expertise in North Korean studies.

Choi has been considered a key player in the Moon administration’s initiative to establish permanent peace on the Korean Peninsula and also led the Sept. 19, 2018 inter-Korean comprehensive military agreement. Choi's colleagues have characterized him as a figure focused on drawing out results. His direct contact with the Blue House and National Security Office also could be useful as Korea’s No. 2 diplomat.

The position of first vice foreign minister deals with diplomacy with the four superpowers and bilateral dialogue. It also manages organizational matters, including personnel and budgets. Hence, the spot has traditionally been held by seasoned career diplomats.

Kang Min-seok, the Blue House spokesman, said in statement Friday that Choi “has abundant experience in diplomacy with the United States and in North Korean denuclearization."

Choi during his days as a professor had opposed the deployment of the U.S.-led Terminal High Altitude Area Defense, or Thaad, antimissile system, which China protested strongly against.

Choi is one of many figures in the Moon government with links to Yonsei University, including Moon Chung-in, a special adviser for diplomatic and security affairs and professor emeritus at Yonsei.