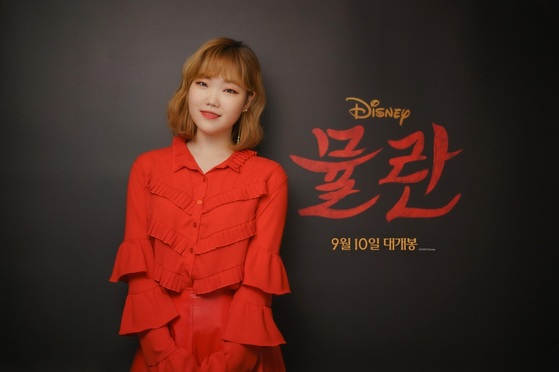 Lee Su-hyun from the sibling duo AKMU has been chosen to sing the cover version of the Disney song "Reflection" for the upcoming live-action film "Mulan." [WALT DISNEY COMPANY KOREA]


Singer Lee Su-hyun of the sibling duo AKMU was selected to sing the cover version of the iconic song from the upcoming Disney film “Mulan” — “Reflection.”

The song is one of the most beloved from the soundtrack of the original animated film “Mulan,” which describes Mulan’s complicated emotions of wanting to be her true self instead of fitting into the conventional formalities imposed by society.

The English version will again be sung by American pop singer Christina Aguilera, who first sang the song in 1998.

The live-action film will premiere locally on Sept. 10.