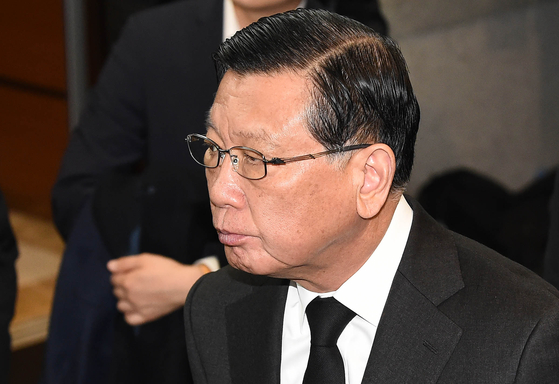 
Three related companies have been fined almost 32 billion won ($27 million) by the Fair Trade Commission (FTC) for an elaborate scheme to squeeze cheap financing from a business partner.


According to the FTC, Kumho Buslines requested that a foreign company lend it 160 billion won at zero percent in order to win a 30-year deal to supply in-flight meals to Asiana Airlines, which is indirectly controlled through Kumho Industrial by Buslines.

LSG Sky Chefs Korea, which is a subsidiary of a German company owned by Lufthansa, reported the quid pro quo and said that it lost the business when it refused to lend the money to Buslines. Gategroup, a Zurich-based airline catering provider, won the contract in December 2016 through a joint venture with Asiana Airlines, which owns 40 percent of the company. The joint venture Gate Gourmet Korea acquired 160 billion won worth of bonds of Kumho Buslines paying zero percent as well as warrants.

The FTC said that based on rates at the time, Kumho Buslines saved 16.2 billion won as a result of the interest-free loan.

Kumho Buslines was also found to have borrowed 130.6 billion won from related companies at low interest rates from Aug. 2016 to April 2017. The FTC calculates that it saved 720 million won as a result of these low-cost fundings.

In addition to the fines, the FTC referred Park Sam-koo, a former chairman of Kumho Asiana Group, and two others to the prosecutors. Kumho Buslines is 50.9 percent owned by Park and related parties.

Asiana Airlines, which is in the process of being acquired, said that the change in catering companies was a routine business decision taken to lower cost and improve quality.

Asiana flight grounded in Kazakhstan to return to Korea this week