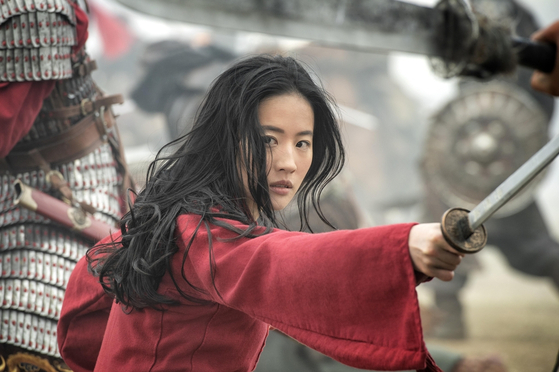 The release date of the live-action film "Mulan" is delayed to Sept. 17. [Walt Disney Company Korea]


The release of "Mulan" in Korea has been delayed to Sept. 17 from Sept. 10 as the number of Covid-19 cases trends
upward, Walt Disney Company Korea announced on Thursday.

Originally scheduled to hit local theaters in March, the live-action film has been repeatedly delayed. The latest delay is the fourth.

Newly reported Covid-19 cases hit 441 on Thursday, the first time the daily reading has been above 400 since March 7.

"The New Mutants," based on the Marvel comic series, is being delayed to Sept. 10 from Sept. 3, Walt Disney Company Korea also announced Thursday.

"Beauty Water," a local animated film, was set to premiere on Sept. 2. On Thursday, it was announced that the release will be postponed. A new date has not yet been decided.

A press event for "Space Sweepers" has been taken online due to the outbreak. It was originally set to be held offline. The release of "The Golden Holiday," a Korean action comedy, has been postponed indefinitely.