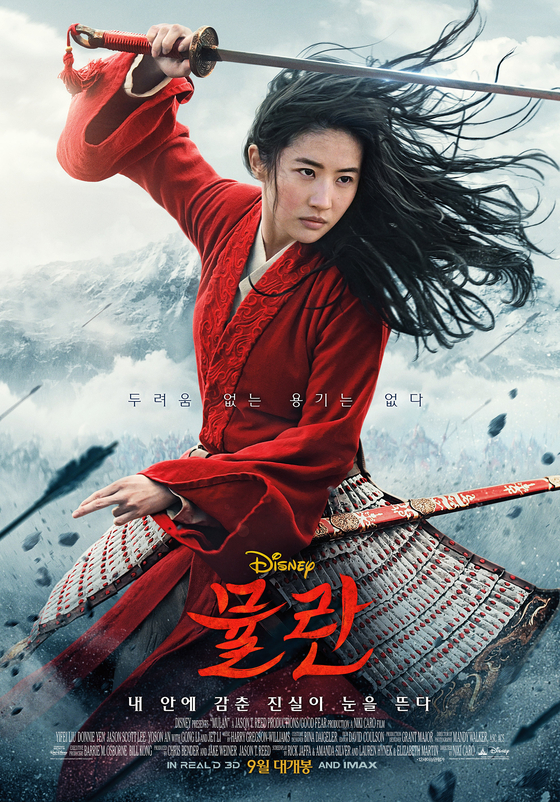 
The local premiere of the live-action film “Mulan” has been finalized for September, Walt Disney Company Korea announced on Tuesday.

The film centers around a woman named Mulan who hides her gender to enlist in the military in place of her father.

Chinese American actor Liu Yifei took the helm of the film, which is based on the Disney animated film “Mulan” released in 1998.

By premiering in September, the Disney film will be competing with local space blockbuster “Space Sweepers,” set for release on Sept. 23.

After its world premiere in Los Angles in March, the theatrical premiere was delayed four times due to the Covid-19 pandemic.

Last month, Disney initially announced that the film premiere will be postponed indefinitely, then said that the film would go straight to its over-the-top (OTT) streaming service Disney Plus without a traditional theater premiere.

It will premiere in theaters in countries where the service has not been launched yet and where the spread of the virus has been controlled.