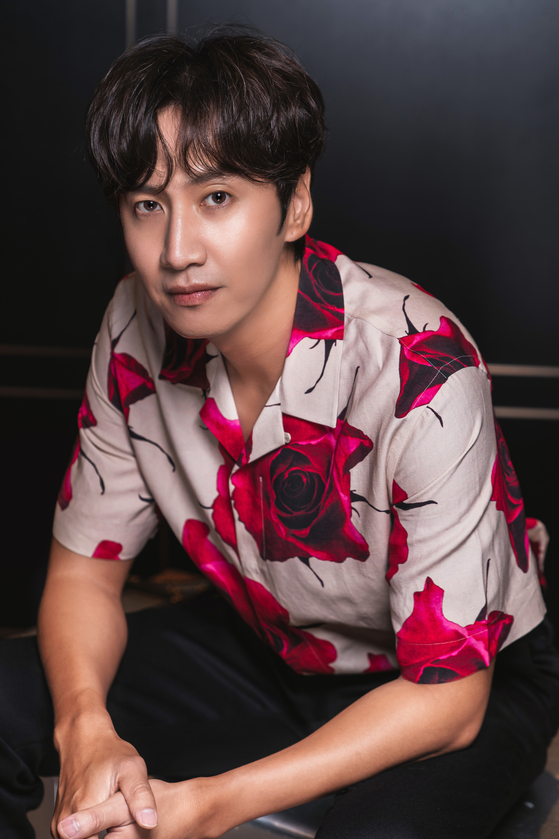 
Disaster comedy “Sinkhole,” released on Wednesday, depicts the struggles of the surviving residents of a villa in Mapo district that is suddenly plunged 500 meters (1,640 feet) into a sinkhole.

Director Kim Ji-hoon infuses comical situations and dialogue into the serious setting, relying on the strengths of the cast to draw at least a few laughs.

One of those cast members is Lee Kwang-soo, who portrays an office worker named Kim Seung-hyun. Lee's character was visiting his boss’s residence for a housewarming party when the building suddenly plunged into darkness. One of the reasons why Lee says he took the role was because of the originality of the setting. 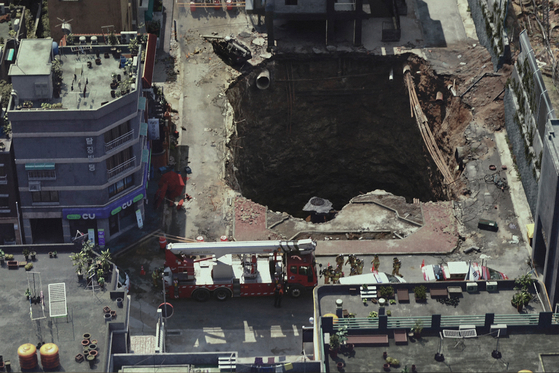 In the film "Sinkhole," a villa situated in Mapo district suddenly plunges into a sinkhole. [SHOWBOX]


“I’ve never really given thought to sinkholes before, but I found the concept to be refreshing,” Lee said in an online interview with the Korea JoongAng Daily. “And I wanted to challenge myself with this type of film with this type of exceptional material. You never know when this kind of film will be created again.”

Kim's character in the film overlaps with many of his past roles and even his own personality as seen on SBS reality show “Running Man” (2010-) — he can be cheeky and selfish, but viewers cannot help but laugh at his expressions and actions, which make him lovable despite his flaws.

“Although Kim may seem energetic and selfish first, I wanted him to slowly grow [as he goes through a catastrophe],” Lee said. “His growth can be expressed through the lines, maybe, but I thought that made him a bit boring, or somehow inconsistent with the overall narrative of the story, so I tried to naturally infuse that through his way of speaking or his actions to be comparable with the situation at hand.”

In prior interviews with the cast members, such as actors Cha Seung-won, Kim Sung-kyun, Kim Hye-joon and director Kim, Lee was unanimously praised for his dedication on set.

“Director Kim praised my preparation for my character,” he said. “He liked that I was set to try out something new in every new take and he also said that he admired me for my concentration. I believe his exact words were that I didn’t ‘look at my phone once on the set.’ It is true that I don’t look at my phone often when I’m on set, but truth to be told, that was really early during the filming of this movie. Due to what he said, I became very aware of that and I stayed off the phone perhaps a little more than I usually do (smiles).” 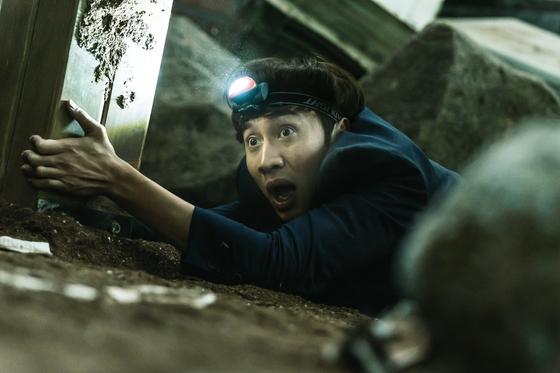 Actor Lee Kwang-soo portrays the role of Kim Seung-hyun who becomes trapped inside the villa when he visits his boss's residence for a housewarming party. [SHOWBOX]


Lee was an original member of the popular variety show “Running Man” and has appeared on the program for over a decade. He recently stepped down citing health issues. The filming of “Sinkhole” took place while the actor was still juggling the two roles.

When asked if he’d felt pressure from balancing his roles as an entertainer and actor, Lee said no.

“In the past, a lot of people were worried that it was a bit too much for me to handle, but now, I've become so used to it that it’s hardly an issue for me,” Lee said.

Lee denied rumors that he left the show to focus more on acting and that his image on "Running Man" might have been getting in the way of him being cast for other projects. 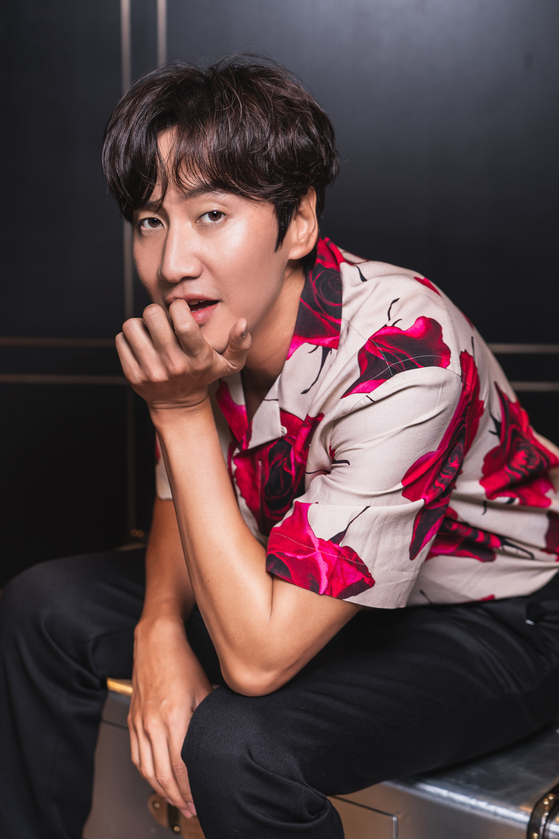 
“I’ve been on ‘Running Man’ for 11 years and the show became the reason why I was able to become better known to the public,” he said. “I know I’m often thought of as almost a comedian, but I don’t think that side of me will be forgotten because I left the show, nor do I want it to be forgotten. I love comedy, and I love variety shows, and of course, there may be some who think this side of me distracts them from seeing me as a character in a film, but I believe that more people see me as this next-door neighbor guy who happens to be funny too. Instead of trying to change that perception, I think, if I do the best I can in situations that I face, more people will view me positively.”

The actor also gave an update on his health. In April, his agency King Kong by Starship said that the actor will be focusing on rehabilitation after injuring his leg in a traffic accident last year.

“I’m scheduled to undergo surgery next month to take out the metal support inside my leg,” he said. “Before, I’d been neglecting my rehabilitation, but I’m definitely going to put more effort into taking care of my leg.”

Although the actor is open to trying new roles, he seemed to be content with where he is now. 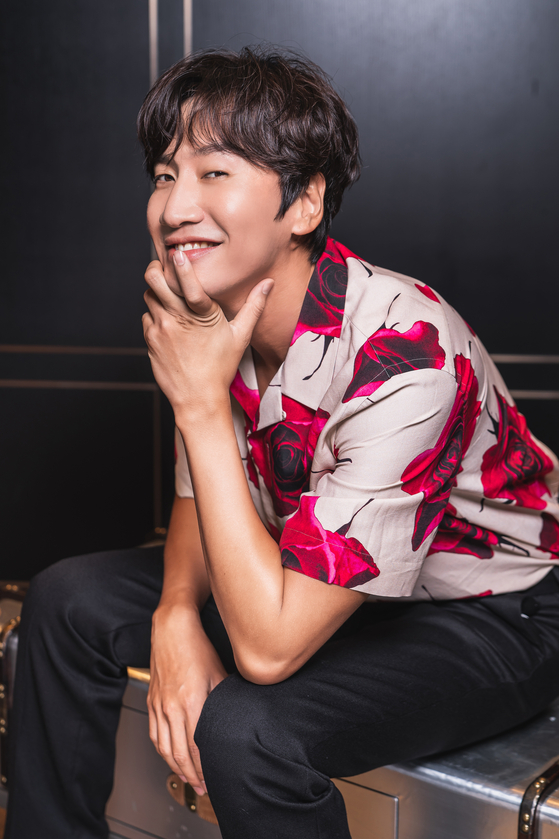 
“I think I feel the happiest when people expect those (comedic) qualities from me, and comment that I am funny,” he said. “’Sinkhole’ is also similar to the public perception of me, I think. The story itself may be too unrealistic to be true — for people to be able to survive a sinkhole. But instead of focusing on reality, I hope the audience can view it as an element to spice up the story. In a way, this film also talks about having hope and finding laughter even in times of a disaster, which is timely with what we’re going through now [...] I hope the audience can, however fleeting it may be, have a good laugh and forget about their hardships when they’re watching this film.”