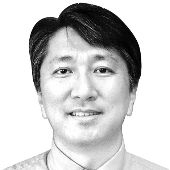 Kim Young-oh
The author is a professor of civil and environmental engineering at the Seoul National University.


Humanity has been fighting floods since the beginning of history, but even in a 21st century armed with latest technologies, we are not free from the threat they pose. Climate change is leading to natural disasters around the world. Floods are both global and local issues.

Korea’s flood response needs to properly respect the country’s characteristics. Korea’s unique meteorological, topological and social features — such as localized downpours in the summer, sudden flooding and urban concentration in the downstream of the rivers — need to be thoroughly considered. In fact, Korea has long accumulated experience and technologies in water control.

Flood control centers have operated around the five major rivers for decades. Large dams have evolved into dispersed water control facilities, and linear controls such as concrete dikes have evolved into planar management concepts of wetlands and flood plains. Korea has meteorological satellite Cheollian 2A and more than 10 radar systems for precipitation detection.

However, experts were frustrated to see the flood damage from the longest rain season in history and localized downpours. The water control capacity accumulated for decades is missing, and unfortunately, the failure was expected. 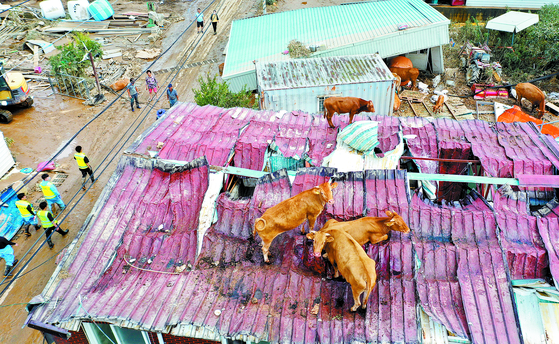 A herd of cattle is seen on the roof of a house in rural Gokseong, South Jeolla, in early August after a tributary of the Seomjin River flooded after a typhoon hit the region. [YONHAP]

After the flood control centers and the Water Resources Investigation Institute — which require advanced expertise — moved to the Ministry of Environment, they became a promotion route for existing Ministry of Environment officials regardless of their specialties. From the point of water control expertise, such organizational management of the ministry translates into self-injury.

Third, the Environment Ministry does not listen to concerned voices from outside. After the Moon Jae-in administration pursued a policy to assign water control works to the ministry, experts warned of weakened flood control capability. Nevertheless, the water resources policy bureau in the ministry only focused on its strength in water quality and quantity management for two years.

Streamlined water management involves three aspects: flood control, water supply and clean water. As the Ministry of Environment focused on one of them — water quality — the longest rainy season and flood damage tested its capacity. The ministry was entrusted with the authority to streamline water management but failed to fulfill the task.

Fourth, technological developments have been neglected. Unusual weather due to climate change demands new water control technologies. But for some reason, R&D related to water management has been halted over the last two years.

I am bitter watching the loss of our hard-earned technology in water control. Without technological development, the errors of this year will be repeated. The flooding season is not over. As a number of typhoons are approaching the Korean Peninsula, heavy rain is expected. I hope the innate weak nature of the Ministry of Environment will be reinforced as it handles water management.