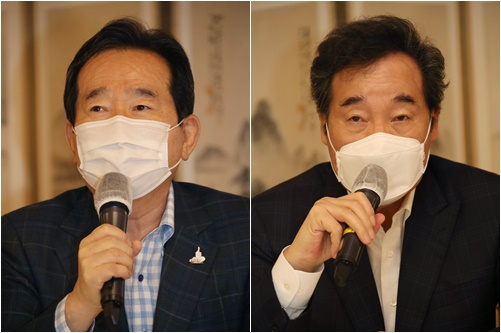 
The government and ruling party agreed Sunday to create a fourth supplementary budget worth 7 trillion won ($5.9 billion) to combat the additional economic fallout from the prolonged Covid-19 pandemic.


The government, Blue House and ruling Democratic Party (DP) agreed Sunday in a trilateral meeting to formulate a fourth supplementary budget worth between 7 trillion won and 8 trillion won, which will be 100 percent financed through the issuance of state bonds, according to DP spokesman Choi In-ho.

The budget will include the provision of another emergency fund, but this time it will be provided only to those considered to be hit hardest by the virus.

“The government will steadfastly discuss with related departments to announce comprehensive measures and submit the budget plan to the National assembly in the coming week,” said Choi on Sunday.

“The party will actively support the plan as well so that the budget can pass the National Assembly before Chuseok [which falls on Oct. 1].”

The DP holds a majority in the National Assembly and was able to pass the third supplementary budget without the participation of the main opposition party.

Those eligible for the latest emergency fund include certain types of contract workers, freelancers, unemployed or self-employed people and people with low-income. Choi said that it will include 12 types of businesses categorized as high-risk last month, including night clubs, karaoke bars and PC rooms that were ordered to cease operations as Covid-19 cases continued to increase.

The first emergency fund issued in May was available to everybody, with up to 1 million won issued per household.

“[The second emergency fund] will be formed to help those hit hard without forming any blind spots,” Prime Minister Chung-Se-kyun said.

This is the first time in 59 years that the government has applied for four supplementary budgets in a year, since 1961. Even when the economy was hit hard by the Asian financial crisis in 1997, only two rounds of extra budgets were announced afterwards each in 1998 and 1999.

“There is a distinguishing factor to the latest extra budget which is that the entire amount has to be financed through the issuance of national bonds,” said Lee Nak-yon, leader of the ruling party.

“Since it means that the budget is formed through debt, pressure has now grown that it should be used extremely effectively and wisely.”

The fourth round is expected to expand the debt to near 850 trillion won by the end of this year, leading to a national debt-to-GDP ratio at 44.1 percent.