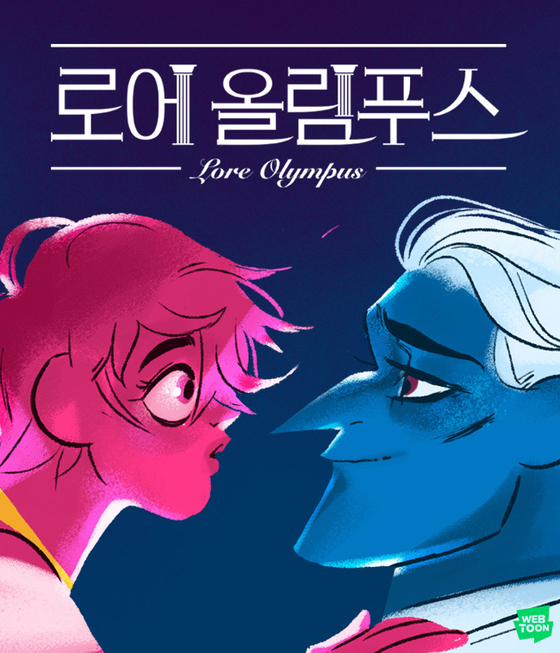 
Naver Webtoon has been establishing a strong presence in global markets, with more than 67 million monthly active users (MAU) worldwide.

According to Korea’s biggest webtoon service, which is controlled by Naver, it added 2 million users in August, reaching 67 million in MAU. Last month’s transactions exceeded 80 billion won ($670,000), a 14 percent increase from May.

The goal for this year is achieving 70 million MAU and 800 billion won of total transactions.

Naver Webtoon’s “True Beauty” has ranked high in overseas webtoon markets including the United States, Japan, Thailand and France. “The Boxer” is gaining popularity in the United States and Thailand as well, while “Lore Olympus,” a comic created by a New Zealand writer, has ranked high in Spain, Latin America and France. Lore Olympus has recently been serialized in Korea.

The performances of web novel-based webtoons are particularly impressive. “Remarried Empress” has ranked top five in the webtoon market in Thailand and Taiwan. “Omniscient Reader's Viewpoint,” which has been released in various languages including Indonesian, Thai and Taiwanese, has recently been made available in English. 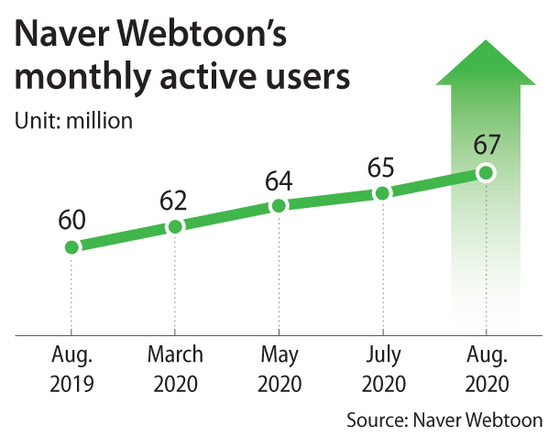 “Noblesse” will be made into an animation series and is set to be released to global audiences in October. The animation versions of “Tower of God” and “The God of High School” were released in April and July, respectively, and were popular with international fans.

“The popularity of Naver Webtoon has now gone far beyond Asia, stretching to the Americas and European countries,” Naver Webtoon CEO Kim Joon-ku said. “We will constantly work hard in developing webtoons so that they can become a key cultural content in the global entertainment industry.”