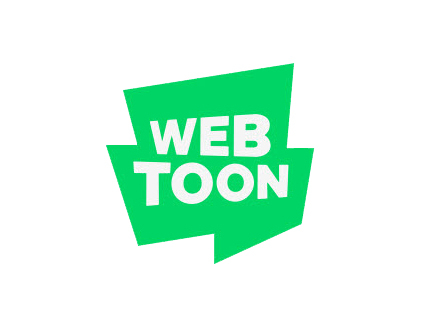 Naver Webtoon has filed for trademark rights for its logo with the word ″webtoon″ written in the middle of a green-colored shape. [NAVER WEBTOON]


While webtoons continue to gain popularity, the word itself may soon only refer to one specific brand of web comics launched by Naver Webtoon, after Naver saw success in the process of filing for trademark rights last month.

The Korean Intellectual Property Office (KIPO) confirmed on Tuesday that Naver filed to trademark its webtoon brand logo on March 10, after local daily Maeil Business Newspaper first reported on the filing on Monday. The trademark request was approved within KIPO and unless appeals are made from outside parties, the approval will be finalized in two months.

Naver first filed for the trademark in 2018 but was turned down. It appealed to the Intellectual Property Trial and Appeal Board in January last year and won the case last month.

Naver also explained that the move “wasn’t meant to monopolize the word webtoon, but to strengthen our branding as a leader in the webtoon industry.”

However, overseas, Naver Webtoon has acquired trademark rights for the word “webtoon.” Naver has trademarked webtoon in the United States, Japan, Taiwan and Indonesia, which means that other Korean webtoon platforms seeking to use the word for their services may encounter some hurdles. Naver did not comment on whether other companies would have to pay to use “webtoon” in their service names and it has not demanded others to pay up, but industry insiders speculate that may be the case in the future.

“Naver may have the biggest stake in the industry, but it has come to be used as a generic name,” said an industry insider who wished to remain anonymous. “Although Naver says that it doesn’t intend to monopolize it, it’s likely that other services will have trouble using the name webtoon when launching overseas.”

The word webtoon was coined by first-generation portal site Chollian when it started a web comic series and dubbed it a webtoon, combining the words web and cartoon. Overseas, the content is still referred to as web comics or web cartoons, but the word webtoon has been used as the name for the online-based cartoons in Korea. The three major players in the industry are Naver Webtoon, Daum Webtoon — and its mobile spin-off Kakao Page — and Lezhin Comics.

Among the three webtoon giants, Naver was the first to think about going global. In July 2014, Line Corporation — Naver’s Japanese unit — launched Line Webtoon, a global webtoon service, and in the second quarter of 2018, it announced that the number of monthly active users had surpassed 24 million internationally, with 5 million in North America alone. The number of monthly active users of Naver Webtoon, the Korean service, is 22 million. Naver and Lezhin provide English services, but Daum does not.