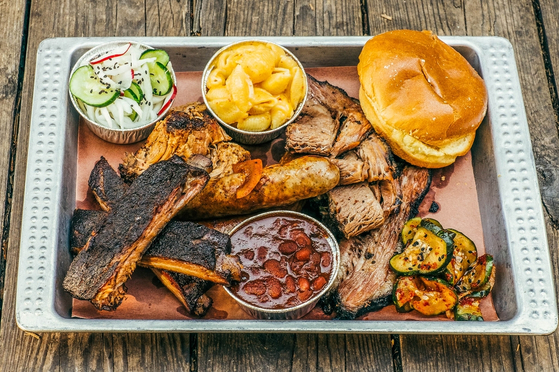 “Their Korean-style spicy pork sandwich is one of the city's iconic sandwiches,” the magazine said. “Pork is rubbed down with gochujang, gochugaru, smoked over hickory and oak, then served with crunchy kimchi pickles and slaw on a perfect, just-absorbent-enough potato bun.”

After retiring in 1992, she immigrated to Atlanta permanently in 1999, became a chef and opened Heirloom Market Barbecue with her Texas-born husband Cody Taylor in 2010.