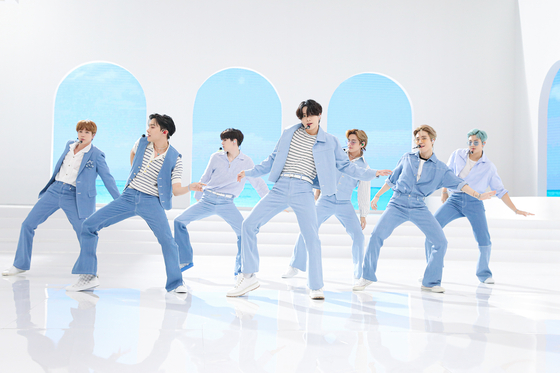 Why is BTS suddenly a finance story?


You've probably heard of K-pop superstars BTS, the seven-member boy band that has taken over the world, and recently the Billboard Hot 100 chart, by storm. What you may not know is that BTS's agency Big Hit Entertainment is currently preparing for an initial public offering (IPO) in October. That means that it will be possible for people to buy and sell shares of the company behind BTS, and that is bound to be big business.

It wasn't until 2015 that BTS finally saw serious recognition on Korean music programs with “I Need U,” a track from its third mini album. The group became increasingly popular overseas, and in 2018 it topped the Billboard 200 chart, the first-ever Asian artist to do so. The band topped the chart with its next three albums as well. In September this year, it made history once again, becoming the first K-pop artist to top the Billboard Hot 100 chart with its latest track Dynamite.

What is Big Hit Entertainment?


Big Hit Entertainment is a music label founded in 2005 by former JYP producer Bang Si-hyuk. Bang is currently the chairman and CEO of the company. The agency stayed rather low-key in Korea’s music scene with its focus on fostering ballad artists such as K.Will, Lim Jeong-hee and 8eight.

The company’s biggest shareholder is Bang, with a 43.44 percent stake holding 12.4 million shares. His stake dropped from 45.12 percent at the beginning of the year when the company issued new shares for free, raising the total by 1,500 percent and distributing some of the newly-created shares to its own artists. Korean game company Netmarble owns 24.87 percent of the company, followed by a number of private equity companies.


What exactly is an IPO, and why is it so important?


An IPO is the process that sees a private company become a public company by allowing ordinary investors to buy newly issued shares. It can be a huge opportunity for a company to secure the liquidity it needs for its business.

Big Hit said it will use the newly raised capital to pay off its debts, expand its domestic and global business and invest in new facilities. In terms of debt, the company borrowed 200 billion won from the Korea Development Bank when acquiring Pledis Entertainment earlier this year.

It has plans to expand its business by acquiring music labels in and outside Korea, especially with a focus on the United States and Japan. The agency also has plans to foster local artists in different countries, rather than just producing albums targeted at foreign audiences. Big Hit is willing to invest 405 billion won on expansion through 2022.

In terms of new facilities, it will move into a new headquarters in Yongsan District, central Seoul, by the first half of 2021, which will include not only its studios, but also cultural facilities.

But an IPO isn't just a financial handout. In return for the liquidity, a public company has significantly more responsibility and obligations. It is obliged to disclose its financial and accounting information as well as major business issues for its investors. Stock price fluctuations can also influence the management of the company.

For investors, Big Hit's IPO is an opportunity to buy a stake of the company which can then be traded on the market. It's an investment, and stockholders might choose to buy and sell their stake quickly, looking for a quick buck, or hold on to it in the hope of making more money down the line. 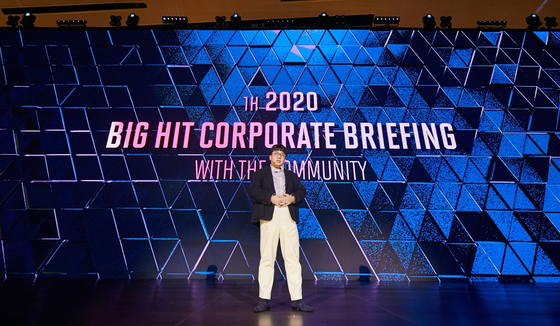 Bang Si-hyuk, chairman and CEO of Big Hit Entertainment briefs about the company business back in February in Seoul. [BIG HIT ENTERTAINMENT]

Why is there so much excitement for the Big Hit IPO?

Firstly, the enthusiasm comes from the global popularity of BTS and their prospected potential in the future. But aside from that obvious factor, there are a few other elements to the excitement shown for Big Hit’s IPO.

The bullish market and other recent major IPOs are one of those factors. With the ultra-low interest rate and government curb on property investment, people in Korea are on the hunt for investment opportunities, as shown in the bullish market in Korea in recent months upheld by retail investors despite a heavy sell-off by foreigners.

The situation was exactly the same for Kakao Games. A record 58.5 trillion won was deposited by people hoping to get a stake in the company. After only a fraction of those potential investors were successful, analysts expect the 58.4 trillion won returned to unsuccessful bidders to be pumped straight into Big Hit’s IPO.


What industrial impact will it have?

The Big Hit IPO will have a trickle-down effect on Korea’s entertainment industry.

Together with Big Hit Entertainment, which will value at a maximum 4.8 trillion won, Korea’s music industry will potentially be worth more than 8 trillion won by market capitalization. Some analysts predict the ultimate industrial rival of Big Hit will include tech companies such as Naver and Kakao, because Big Hit has recently delved into the platform business as well. Last year, it launched an online platform called Weverse, where Big Hit artists and their fans can communicate, and fans can watch concerts live.


What would the value of Bang and the BTS members' shares be?

According to the regulatory filing, Bang holds 12.3 million shares and distributed some 478,695 shares equally between the seven BTS members last month.

If the offered price is set at 135,000 won for the IPO, Bang’s shares will be worth 1.6 trillion won. If the share price records the maximum 160 percent daily hike limit on the first trading day, his stake nears 4.3 trillion won, immediately making him the fifth richest person in Korea in terms of stock holdings, after Chung Mong-koo, chairman of Hyundai Motor Group.

Each BTS member holds 68,385 shares, which will be worth 9.2 billion won at the 135,000-won share price. If the stock price does hit the maximum daily hike, each member will have 24 billion won.


What are the risks to betting big on the Big Hit IPO?

Despite the enthusiasm, there are things to think about before making an investment.

Big Hit's regulatory filing states that 97.4 percent of the company’s sales last year came from BTS, followed by 87.7 percent in the first half of this year. BTS’s activities are destined to be curtailed when its members, all of whom were born between 1992 and 1997, leave for two years to serve their mandatory military service.

It remains to be seen if the company will be able to fill up the BTS vacancy with its current lineup. Big Hit said Jin, the oldest member of BTS born in 1992, will be able to delay his conscription until the end of 2021 at the latest. In fact, Big Hit's price-to-earning ratio (P/E ratio), which indicates the valuation of the stocks, showed signs of the stock price overheating. Large cap shares normally post a 20 to 30 P/E ratio. In the case of Big Hit, that number is 61.