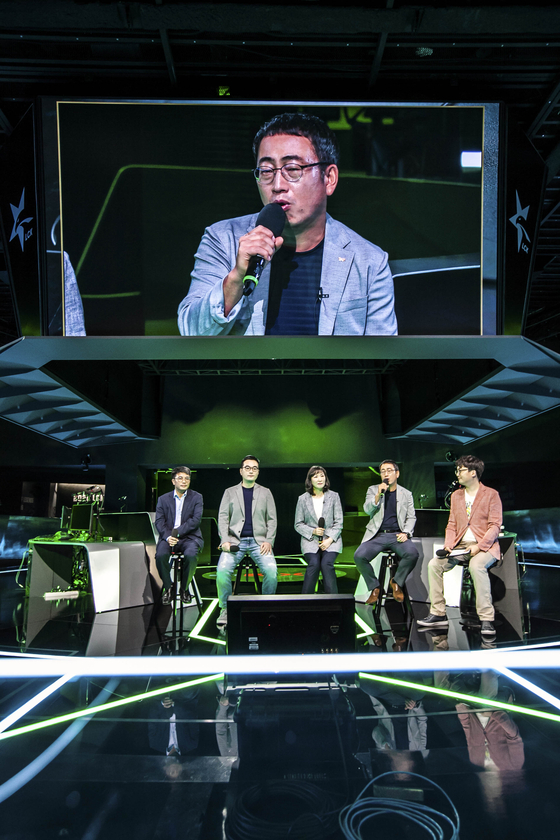 
SK Telecom has launched a subscription service for cloud-based games in partnership with Microsoft, adding the Korean market to a global test to see if gaming streaming services can enter the mainstream.

Korea is one of 22 countries, and the only one in Asia, to launch the service starting Tuesday.

Subscribers won't need to buy a console to play the games — just a supported Android device and a controller, SK Telecom said.

Subscribers can choose to buy a package including the supported controller for 22,000 won per month on a 12-month payment plan.

Though the 5G network is the best fit for the service, the telecom unit said that 4G LTE users and those from other wireless carriers can be enrolled in the service.

Ryu Young-sang, president of the mobile network operator division at SK Telecom, said that it aims to hit 1 million subscribers by 2023, adding that now is the turn for gaming streaming services to take off, following success stories in the music and movie sectors.

He also went on to note that the introduction of the 5G network could boost the appeal of the service, which requires high network speeds and low latency.

“With SKT 5GX Cloud Game powered by the Xbox Game Pass Ultimate, we will realize a new level of experience for users of 5G-based cloud gaming in Korea," Ryu said. “We will continue to expand the cloud game ecosystem by discovering and supporting promising games in Korea.”

The telecom unit and Microsoft jointly operated a beta version of the service for one year with tens of thousands of players testing the service.

“With cloud gaming now a key part of Xbox Game Pass Ultimate, we’re excited for gamers in Korea and across the world to have more freedom in the way they play with friends and family," said Phil Spencer, head of Xbox at Microsoft. “We’re excited to continue our work with SKT and look forward to delivering a fantastic gaming experience to the Korean gaming community.”

SK Telecom to add game features to its ifland platform