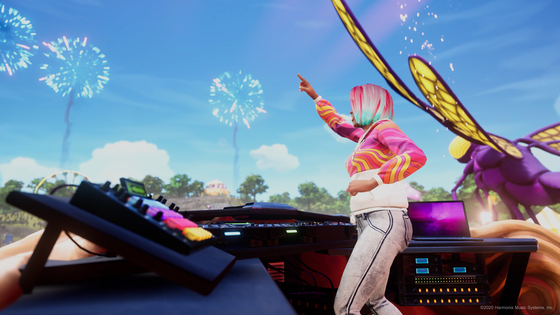 A scene from NCSoft's first new console music game Fuser, where users get to become DJs and mix all their favorite songs together. [NCSOFT]

Korean game publisher NCSoft’s North American corporate NC West released music game Fuser on Nov. 11, two years after first signing with game developer Harmonix in 2018. Harmonix has released some of the most popular music games in America, including Rock Band and Dance Central. Fuser is a 3-D animated music game available on PlayStation 4, Xbox One, Nintendo Switch and PC that lets players mix popular songs together. It will also be available on PlayStation 5 and the Xbox Series X/S.

It allows users to layer the vocals of Maroon 5 over a background of Coldplay’s music, or add new instruments to existing songs to create a new genre. Players can choose from a range of over 100 of the most popular songs from around the world, including those by singers Billie Eilish, Justin Timberlake, Maroon 5 and Coldplay. A customization function allows users to change their avatars’ looks, costumes and stage effects too.

Ever since its release, Fuser has been getting positive feedback from critics and users on the biggest video game review platform OpenCritic. The game has a “strong” rating, with an average of 80 points for ratings by top critics, and is recommended by 74 percent of critics. It has an 81-point score on game review platform Metacritic. A critic from Trusted Reviews applauded the game for “a whole new style” with five stars. 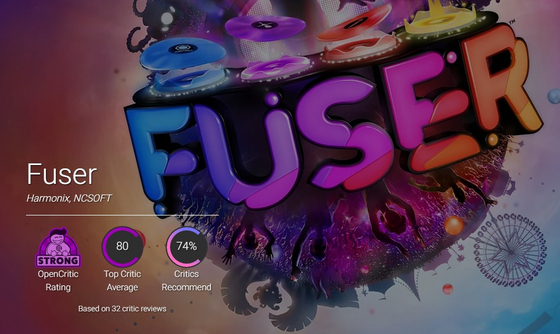 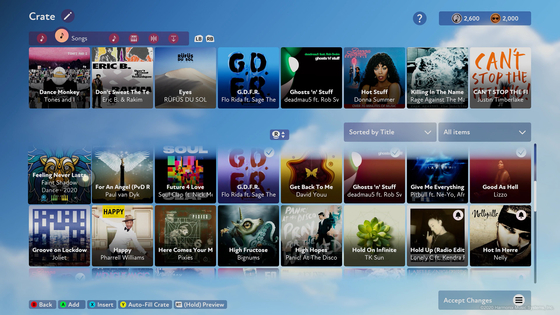 The list of songs availalbe on Fuser include some of the most popular in the world. [NCSOFT]


“As a joyous celebration of music, Fuser elevates the rhythm genre to a whole new level where gameplay can remain as addictive as ever,” wrote critic Thomas Deehan, “but now players are encouraged to explore the tools at hand and create something entirely new. Once you find your groove, it's almost impossible not to get absorbed into a one-person rave — dancing along to the mix you've created. Fuser doesn't just revitalize the rhythm genre, it gives it a whole new style.”

Rachel Watts from PC Gamer said that Fuser “lets players take control of the music more than ever before” with a score of 77 out of 100, and Brian Shea from Game Informer gave it an 8.8 rating out of 10 for delivering “a special kind of magic” by allowing people to combine “elements from multiple songs to spin your own creations.”

Fuser is the first official console-based game from NCSoft, as opposed to the PC and mobile games that dominate the Korean game market. According to a 2019 report by the Korea Creative Content Agency, 44.3 percent of game sales in North America are made by console games and 36.2 percent in Europe. Thus NCSoft’s launch into the world of consoles is not only a venture onto a new platform, but also into a bigger audience than ever.

“Starting with Fuser, NC West will venture into the North American and European market by diversifying the platform and genre of games,” the company said.