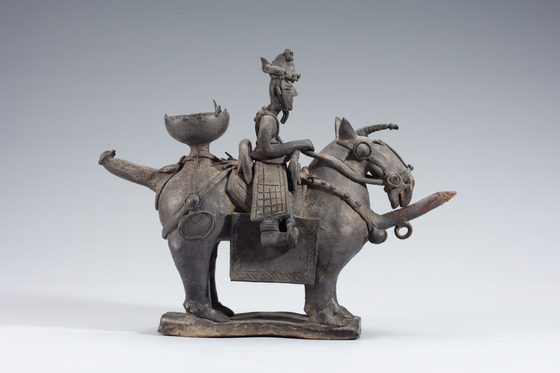 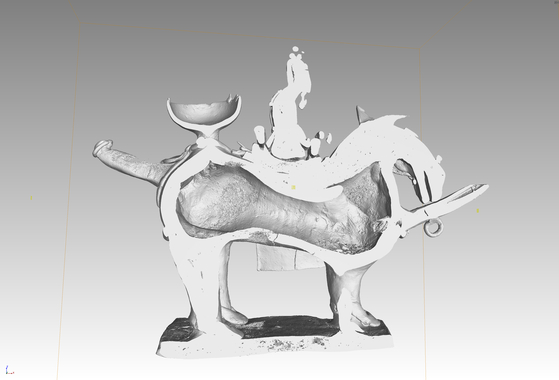 Earthenware Funerary Object in the Shape of a Warrior on Horseback, National Treasure No. 91. Researchers at the National Museum of Korea recently found out through a CT scan that this Silla relic used to be a kettle. [NATIONAL MUSEUM OF KOREA]


“Don’t believe everything you see, until you see it through a scanner.”

This catchy phrase is a popular quote agreed on among conservation scientists at the National Museum of Korea, where the significance of medical equipment like CT and M.R.I. scanners and X-ray machines increases every day.

Unsurprisingly, this equipment is not being used to check the health conditions of the national museum's most important and degraded cultural properties. Instead, they offer a rare insight into the items that would otherwise be completely hidden to researchers.

For example, it was the Wooden Shakyamuni Buddha during the Joseon Dynasty's (1392-1910) turn to undergo a CT scan for the first time in 2017. As it was severely degraded, conservation scientists had only been able to superficially analyze it for fear of causing damage. 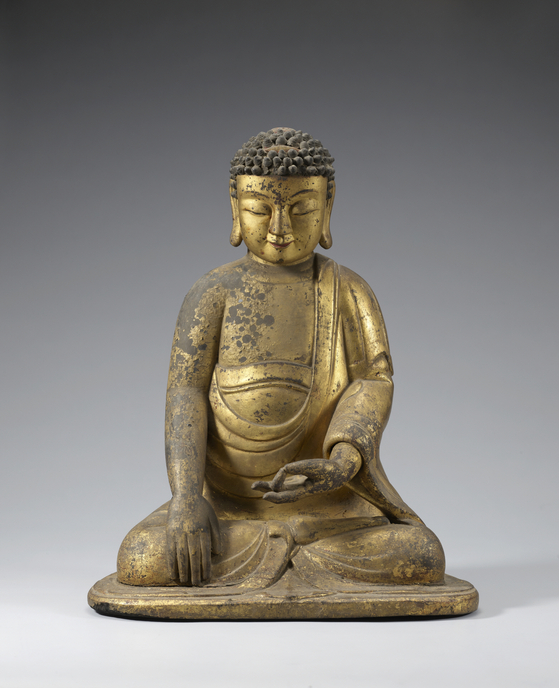 The Wooden Shakyamuni Buddha of the Joseon Dynasty (1392-1910). [NATIONAL MUSEUM OF KOREA] 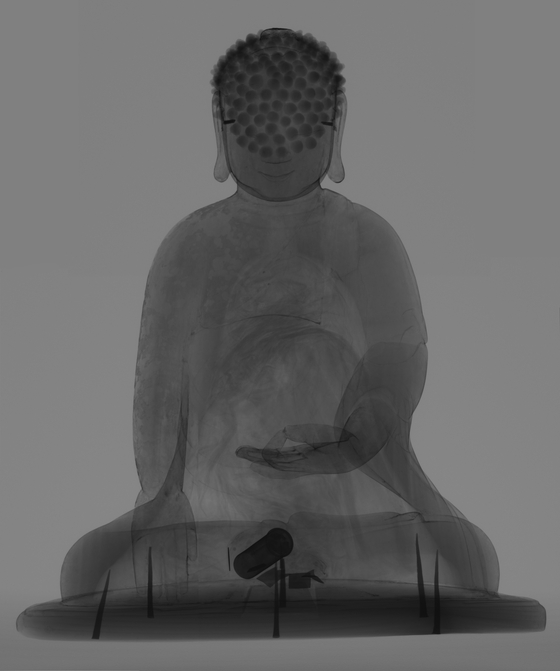 An X-ray image of the Wooden Shakyamuni Buddha of the Joseon Dynasty shows a small container inside. [NATIONAL MUSEUM OF KOREA]


Thanks to the CT scan, scientists were able to find out that there is a small container used to contain fabrics and papers hidden inside the statue.

The Buddha’s CT scan is just one example.

To showcase how much advanced equipment is used inside the Conservation Science Division at the National Museum of Korea, the state-run museum has organized a special exhibition titled, “The Science of Light: Revealing the Secrets of Cultural Properties.”

The exhibit was supposed to kick off in late August, but as the museum was closed due to the coronavirus pandemic, the exhibition was moved online until the museum doors can reopen. 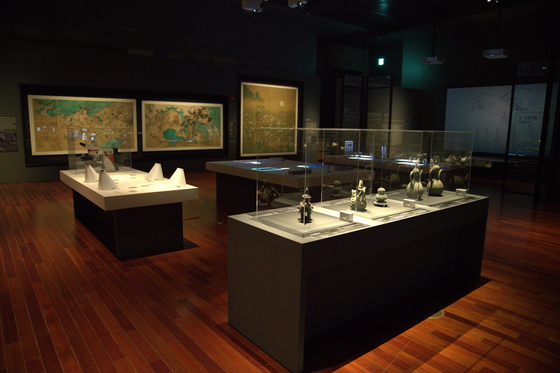 "The Science of Light: Revealing the Secrets of Cultural Properties" exhibit at the National Museum of Korea in central Seoul. The offline exhibit will begin when the museum reopens. [NATIONAL MUSEUM OF KOREA]


On display are 57 cultural properties alongside the X-ray images, scanned pictures and videos to help visitors better understand how medical technology can also benefit and uncover the secrets of Korea’s cultural heritage.

One of the most important secrets revealed through the use of this technology is the illusive purpose of the Earthenware Funerary Object in the Shape of a Warrior on Horseback, which is designated as National Treasure No. 91.

Until recently, this valuable treasure was thought to be a funerary ornament, found buried inside an ancient Silla tomb called Geumnyeongchong in Gyeongju, North Gyeongsang.

It was excavated in 1924 and was roughly restored in 1977 by the museum’s Conservation Science Division, which was only established the previous year. But it was only recently, when the museum conducted another round of CT scans, that it was discovered that the warrior on horseback is actually a kettle that can contain 240 milliliters (8 ounces) of liquid.

“We don’t know if our ancestors used it to pour water or alcohol, or both,” said an official from the Conservation Science Division. “But through the recent CT scan, we were able to confirm that it is a kettle.”

The exhibition also showcases how technological advancements can help scientists investigate and analyze cultural properties and learn about historical attributes that are inaccessible to the naked eye, and therefore may have otherwise remained locked within the cultural properties.

One example is the portrait of Choe Chiwon from the Joseon Dynasty.

According to the museum, its conservation scientists conducted an X-ray and X-ray fluorescence spectroscopy in 2009 after noticing that the bottom right corner of the portrait had been painted over.

Through the scan, they found there used to be a young monk underneath the current depiction of books and writing utensils. The museum explained that the researchers “assume the monk was painted over with stacks of books because Buddhism began to become less popular in Joseon dynasty.”

They were also able to find out when the portrait was painted and by whom, as the name and date had also been painted over.

In 2015, in order to restore them to their original state, the museum conducted various tests on Joseon Dynasty water droppers using modern technology. To their surprise, the scientists discovered that the inner containers have the shape of a haetae, or mythical unicorn lion.

“It’s similar to the medical procedures conducted by doctors to treat patients,” said Lee. “With the machines, we determine how to best manage damaged cultural properties after identifying the materials involved and the severity of the damage.” 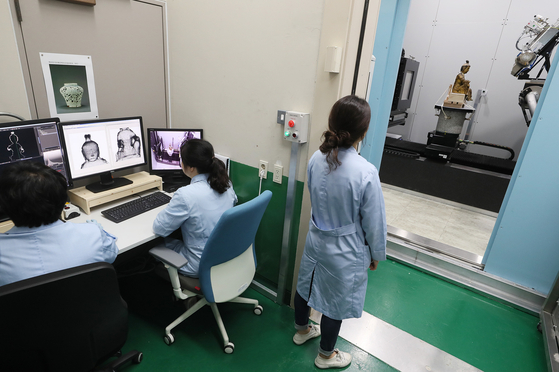 Conservation scientists at the National Museum of Korea take an X-ray of a Buddhist statue. [NATIONAL MUSEUM OF KOREA]


To make the online exhibition a little more special, various video clips are available on the museum’s official website, such as “Medical check-up day of Gilt-bronze Pensive Maitreya Bodhisattva, the National Treasure No. 78.”

The video features the Bodhisattva waiting patiently inside the conservation science lab for a check-up. The scientists carefully approach the Buddha and first inspect him with the naked eye. They then start conducting various scans to see if it has deteriorated over the years.

On that day, the Buddha went under a microscope, then a 3-D scan, then an X-ray and finally a CT scan. There are other tests as well, but as the scientists said, because the Buddha could become tired from too many tests in one day, they limit the number of tests each day.

The exhibit can be viewed by accessing the museum’s website, museum.go.kr. The exhibition will run until Nov. 15.