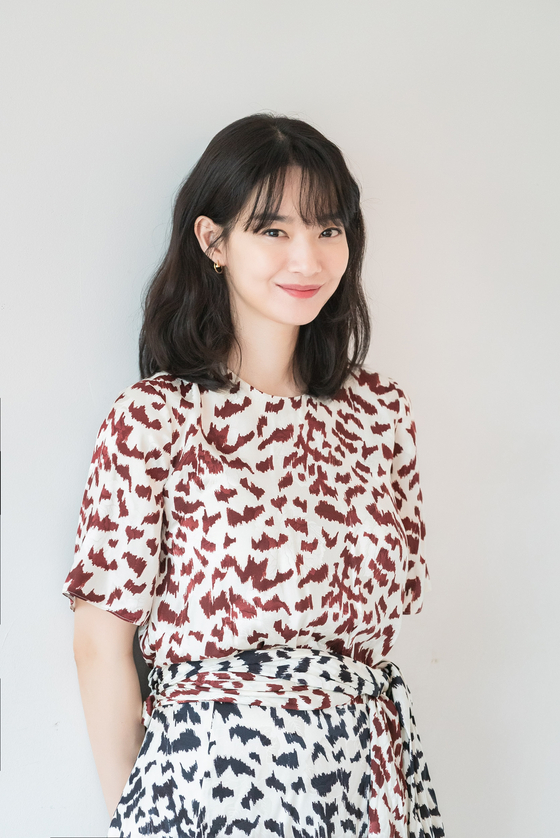 
“When I first received the script, I was really excited — scripts [centered around] women are rare, so I felt that it was precious,” actor Shin Min-a said about the film "Diva" during an online group interview Thursday.

“Honestly, I didn't realize that it had been six years until I had that number held right in front of me," Shin said. "I didn't intend to, it’s just that I’ve been focusing on the drama series. I chose a film that drew me, and since it took a long time to it get my film out to the public, this is special to me.”

In “Diva,” which hits local theaters Wednesday, Shin portrays Yi-young, a world-class diver, a star athlete that everyone reveres. Her best friend, Soo-jin (played by Lee You-young), also a diver, failed to set a record for years. One day, the two are in a terrible car accident in which Soo-jin goes missing and Yi-young has partial amnesia. Concerned for her friend and struggling to get herself back in the game, she grapples with the trauma from the accident and the fact that her best friend may not be someone who she thought she was. 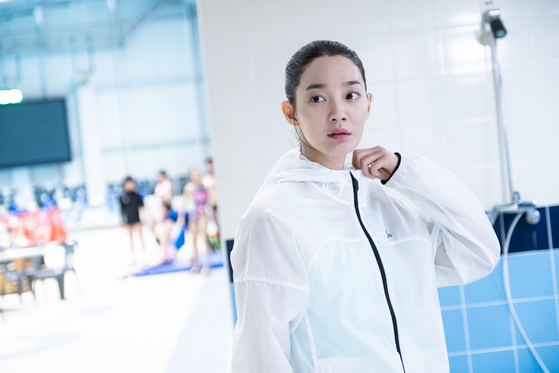 Scene from the film. Actor Shin Min-a as Yi-young, a diving diva that everyone looks up to. [MEGABOX PLUS M] 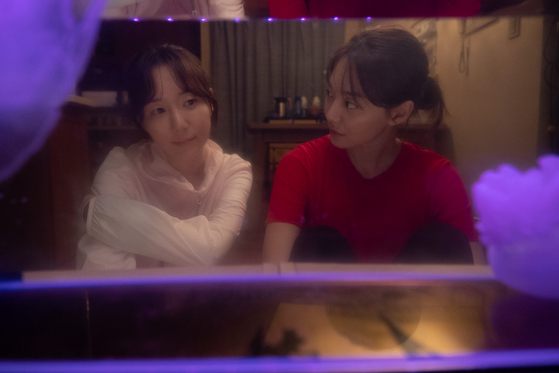 Yi-young and her best friend Soo-jin talking in their dormitory. [MEGABOX PLUS M]


Although on a totally different career path, Shin said that she sympathized with her protagonist’s struggles.

“[Both of the] professions are something that’s constantly being evaluated,” Shin said. “I need to produce a result [that also satisfies the public], so I think there’s a similarity in that. Also, in some of the diving scenes, even those that I was confident, I felt my body becoming rigid. So I was able to indirectly experience [what Yi-young felt]. As an actor, although it may be to the extent that other people won’t be aware [if I’m feeling down], I still have to control my emotions and stay mentally strong.” 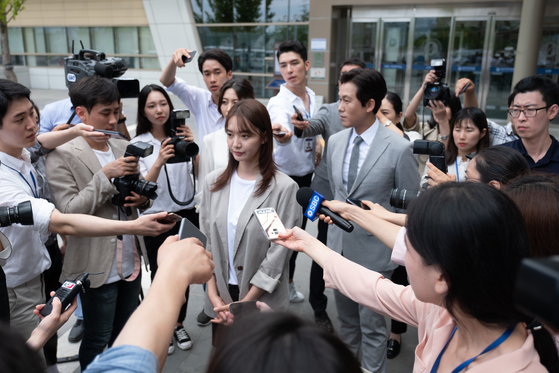 Yi-young surrounded by the press after she leaves the hospital to go back on her training. [MEGABOX PLUS M]


Shin explained that although Yi-young’s circumstances and the complexity of her emotions might be unique, overall it wasn’t that much different from what people feel in their jobs as well, which is why the actor thought the audience could relate to Yi-young’s emotions.

“In a competitive society, I certainly believe that a lot of what Yi-young tackles overlaps with what people are faced with in their jobs,” she said. “Although the specific topic of diving may be unique, the stories and the emotions are of something ubiquitous.”

But Shin admitted that the feeling of standing alone on the top of the diving board, where the crowd is watching her every move, was somewhat different.

“That was really special,” Shin said. “Before I fell, I could see everyone focusing on [the minute movements like] my breathing, and it was strange that I could see all that from the top. I think Yi-young’s trail of emotions match up really well with how she dives.”

Just like a professional athlete, in the majority of the scenes, her hair is pulled back into a tight bun, her face is bare and she is in a tight swimsuit.

“Diving professionals have to completely pull back their hair and the swimming suits have to be really tight due to the water resistance,” Shin said. “And portraying that and seeing myself on the screen was strange, alien. I tried to replicate the look they have as best as I could, and since diving wasn’t a sport that I knew very well, I watched a lot of the footage of the games of the athletes to familiarize myself with the [professional] aura of these athletes.” 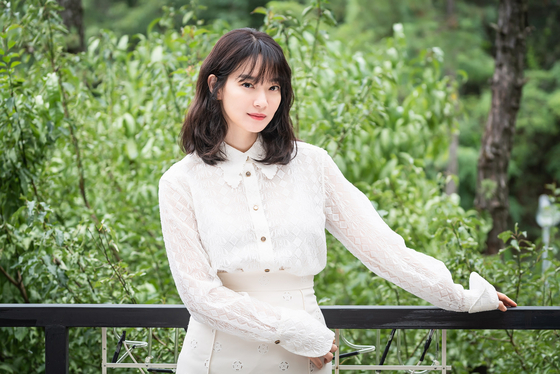 
The actor also expressed satisfaction about reviews on her performance in her latest drama series “Chief of Staff” and “Diva.”

“I heard ‘Chief’ and ‘Diva’ showed new sides of me,” Shin said. “For an actor, [hearing such compliments] is always flattering and exhilarating. [But simultaneously,] as I scanned through the articles after the press event for ‘Diva,’ I didn't realize until then that the public connected me so strongly with the lovely image."

“But it’s true that such performances I thought I was good at and was used to,” Shin continued. “From now on, I’m going to choose projects that I haven’t tried before, [stories] that satisfy both myself and the public.”

However, Shin said that her passion for acting has always existed over the years, although she hadn't had the chance to express them, as she reminisces back on her years. 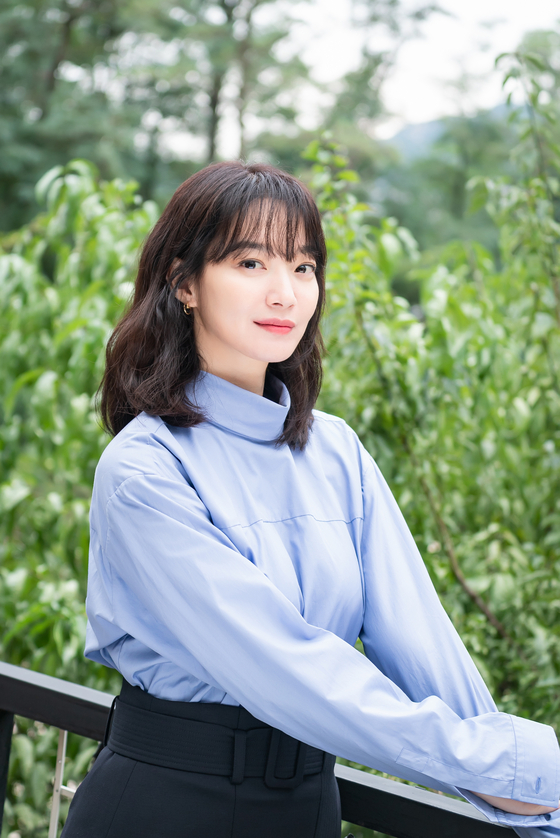 
“It’s been always there, but I don’t think I’ve had the opportunity to show them,” Shin said. “I’ve always cherished all of my roles, and enjoyed portraying them, and I think people saw that in my recent roles, which I’m really glad about."

Like diving is everything that matters for Yi-young, Shin feels the same for her profession.

“I started this job from a very young age, and now I can think of nothing else I would have done if I didn’t become an actor,” Shin said. “Like Yi-young, acting is [what describes] my entire life, and it’s become a friend that’s going to be with me for the rest of my life as well.” 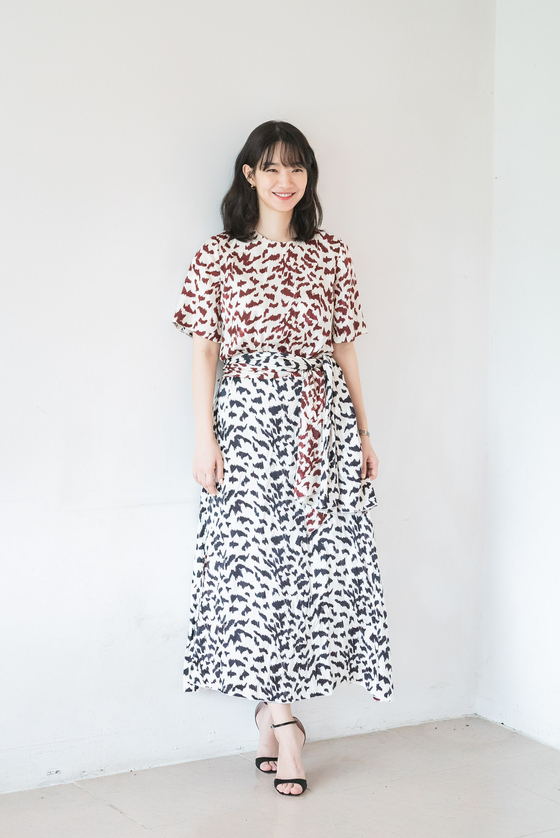 
The actor hasn’t decided on her next film yet, but she promises that it won’t take as long as six years.

“I hope to meet again soon with another side of me,” she said. “[But for now,] I hope that the audience can choose this film to see it in theaters, if the circumstances allow. Whether or not the film can become a success is not within my ability now, so I’m not going to dwell on that. But for those who can sympathize even a little bit with Yi-young’s feelings, I hope they can see the film [in theaters].”

Min announces she will drop a new single this week