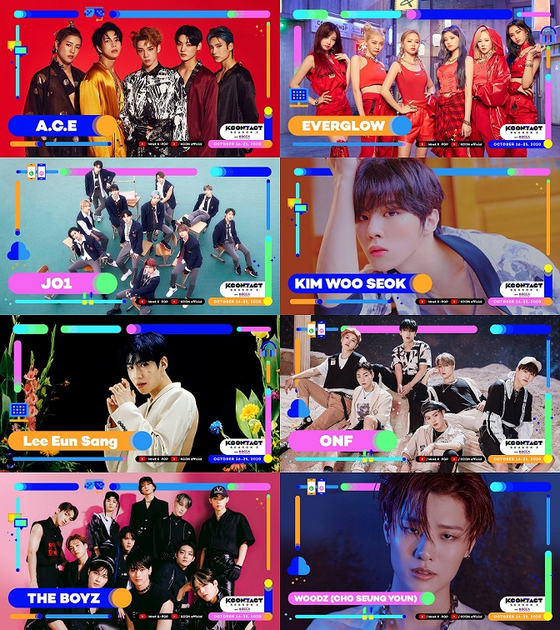 
Entertainment conglomerate CJ ENM has released the second lineup of artists to perform in its online "KCON:TACT Season 2" festival, set to take place next month.

"KCON:TACT Season 2" will be held from Sept. 16 to 25, co-hosted by the Korea Creative Content Agency to offer 10 days of online K-culture content to cover a variety of cultural fields such as K-pop, fashion and food.

"'KCON:TACT Season 2' will offer a variety of K-content across diverse genres of culture, following up on the success of the first 'KCON:TACT 2020 Summer' held in June this year," CJ ENM said.

"KCON:TACT Season 2" will be streamed live through Mnet K-pop and KCON Official, as well as "KCON:TACT All-Access," a documentary program featuring behind-the-scenes content from the first "KCON:TACT" event.