Son Heung-min out for 'a while' with hamstring injury

Son Heung-min out for 'a while' with hamstring injury

Son Heung-min of Tottenham Hotspur is expected to take a short break due to injury.

During the Spurs Premier League match against Newcastle at Tottenham Hotspur Stadium on Sunday, Son once again started the match but was substituted after the first half of the match, while Spurs had a 1-0 lead. Lucas Moura scored the opener in the 25th minute of the game, but Newcastle fought back until the very end with Callum Wilson equalizing in the 97th minute. 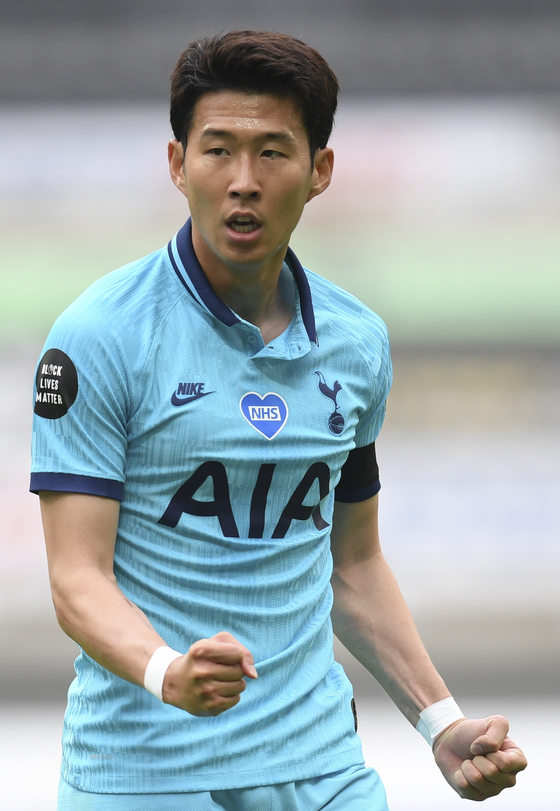 
Although Son wasn’t able to continue his hot streak, during his time on the field he made two goal attempts — in the 30th and 42nd minutes — but both shots hit the post.

Despite initial assumptions that Spurs’ head coach José Mourinho pulled Son out of the game to save him for upcoming fixtures, it was reported after the match that Son was injured.

“It’s an injury,” Mourinho was quoted as saying on Skysports.com after the match. “We’ll have him out for a while. It’s his hamstring.”

With a 1-1 draw, Spurs are ranked seventh with a win, a draw and a loss, totaling four points for this season.

Son is expected to miss a number of Spurs matches including the London club’s EFL Cup match against Chelsea on Tuesday and their Europa League playoff match against Maccabi Haifa on Thursday.

Son was off to probably a career best start to the season. Following a series of successful friendly matches, Son started his season strong by scoring four goals during a Premier League match against Southampton on Sept. 20.

Following that historic match, Son continued his scoring streak during Spurs’ third-round qualifying match against Shkendija in the UEFA Europa League on Sept. 24. In addition to another goal, Son managed to add two assists during that match.

Son’s absence is expected to be a huge blow for Spurs as he and teammate Harry Kane have proven a lethal pairing so far this season.