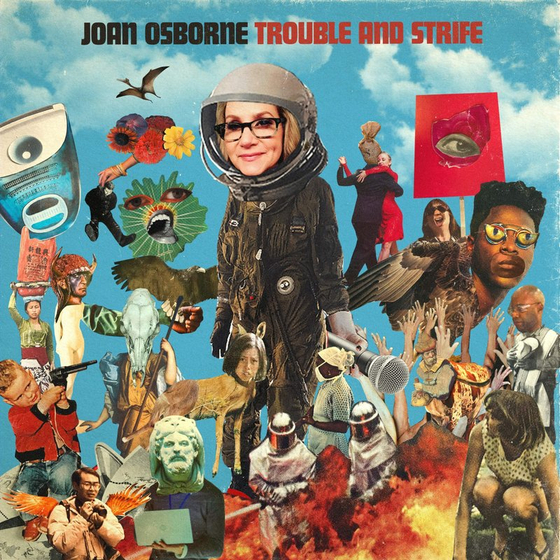 
Joan Osborne’s many fans never know where her versatile voice might land, and on “Trouble and Strife” it’s between two guitars, one in each stereo channel.

The album might be the closest approximation to “Relish” that Osborne has recorded since her release of that breakthrough album 25 years ago.

She honors Dylan on the title cut and Prince on “Meat and Potatoes,” imitating the inimitable with gusto and good humor that lift both songs above mere mimicry. Osborne also draws from gospel, country and classic rock, her distinctive alto as sultry and sonorous as ever.

She opts for topical topics on her first album of original material since 2014, singing about the gender gap, the power of diversity and the need to keep dancing and romancing.

On the bluesy “Hands Off,” Osborne rails against corruption and sounds eager to vote, the song offered as the soundtrack for a better tomorrow.