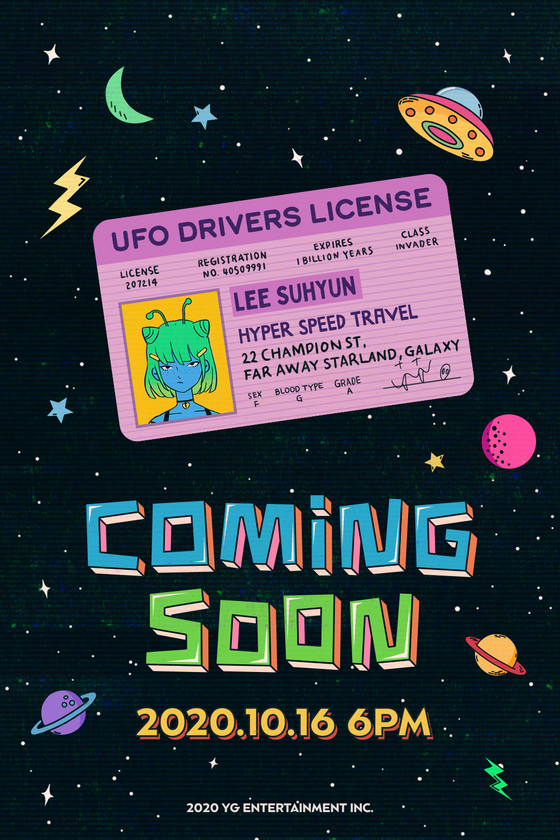 
YG Entertainment announced Monday that Lee Su-hyun of AKMU will release her first solo music with a teaser poster on its official blog. In the poster, an image of UFO driver’s license with Lee’s name is featured.

It will be the first time for Lee to present herself as a solo singer since her debut as part of a sibling duo with her brother Lee Chan-hyuk, six years ago.

The two first hit the entertainment scene after participating in the survival audition program “K-Pop Star Season 2” in 2012.

AKMU joined YG Entertainment after the show and made an official debut in 2014. Since then, they have released numerous songs which the pair also composed and wrote lyrics for.

“Just as you can see from the unique concept of the teaser, Lee's first solo song will be different from any expectations one might have,” said the agency.

“It will be fresh for the public as Lee will show a side she has never shown as part of AKMU before.”