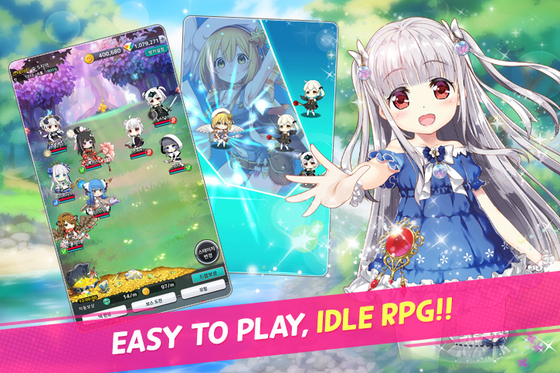 The PG-15 rated game in which the player becomes a father to raise a daughter was launched last month by a software company Infraware, the operator of I&V Games. "Idle" in the title means children in Korean.

However, in the game, if a user touches the female character, she says “Why do you want to see my underwear so badly?” or “Oppa [older brother], do you want to touch me?” as her face blushes.


In the initial stage of the controversy, the developer explained under the game’s review section in the app store that "the age of the characters are not set because they aren’t human beings but fictional characters."

But as criticism grew, I&V Games CEO Lee Hae-seok posted an official apology on the company’s website on Monday.

"The company is undergoing corrective measures as we recognize the inappropriateness of some character concepts and the seriousness of the problem," Lee said. "In addition to revising inappropriate images and settings, we will resume the service by revising the game to rated R starting Wednesday. We will also stop all media advertisements and subway station advertisements that are currently being sent out."

But criticism continues with people leaving comments such as "it is absurd to change the rating to R when the key concept of the game itself is inappropriate," and "Isn't it more problematic if adults over 18 play such a pedophilic game?"

According to Infraware, Idle Princess recorded more than 900,000 pre-bookings before its launch in Korea. The game was first launched in Taiwan on June 30, and aims to launch it in Japan next year.