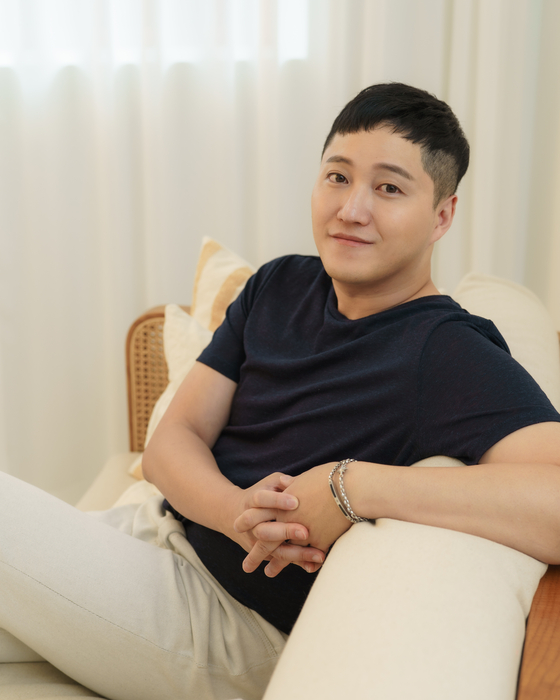 
“I think my perspective changed a bit because of this film. Before, I judged everything centering around me — if something didn’t quite add up to my point of view, I would think that was wrong, but now, I think I try more to listen and accept that there could be different viewpoints. No matter how right I am, what others think could be right too.”

This is how actor Kim Dae-myung said he has changed after portraying Seok-gu in the upcoming film “Stone Skipping.” Seok-gu is a 30-something-year-old man with a developmental disorder which means he has the same intellectual ability as an 8-year-old boy.

Seok-gu runs a rice mill in a small, peaceful town — the kind where everybody knows each other — and is a friend to everyone. He takes an especial liking to a girl named Eun-ji who lives in a youth shelter, and they soon become inseparable. However, their pure friendship is ruined when the two are involved in an incident in which Seok-gu is accused of being a sex offender, and the whole town turns its back on Seok-gu. The worst part for Seok-gu is that he doesn’t get to see Eun-ji anymore. 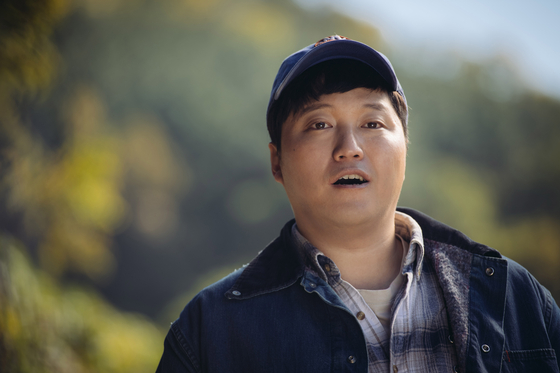 Seok-gu (played by Kim Dae-myung) is a 30-something-year old man with a developmental disorder who is adored by the residents of the town where he lives.. [LITTLE BIG PICTURES] 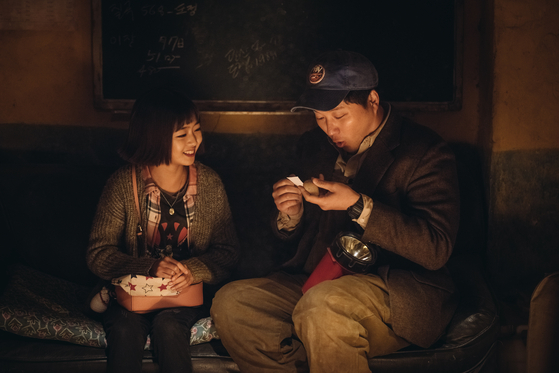 
“What makes Seok-gu the most angry is that he can't play with his friends anymore,” Kim said in a press interview last week at a cafe in Samcheong-dong, central Seoul. “If it was me, I would have wanted to chastise [or punish] people if they treated me that way, but from Seok-gu’s point of view, he just wants to play and is frustrated when people won’t admit that they are his friends.”

The first thought that came to Kim's mind when he was introduced to the character was a wish to be able to see someone clearly without any kind of prejudice or filters in mind.

“I think this takes so much effort, and it’s becoming more difficult as I grow older,” Kim said.

Due to his disability, Seok-gu has trouble expressing himself. In fact, throughout the film, he hardly puts more than two or three words together in a sentence, which is why Kim had to portray Seok-gu’s emotions — his fear, innocence, anger and sadness — through nonverbal means such as his facial expressions and movements.

“I tried to remember what I was like when I was eight years old,” Kim said. “I was still growing, and my movements and gestures weren’t as precise as I wanted them to be. [Come to think of it] I think I was a very expressive child — much more than I am now as an adult. I was extremely happy, sad, angry and grumpy too, and I tried to be like that [as Seok-gu].” 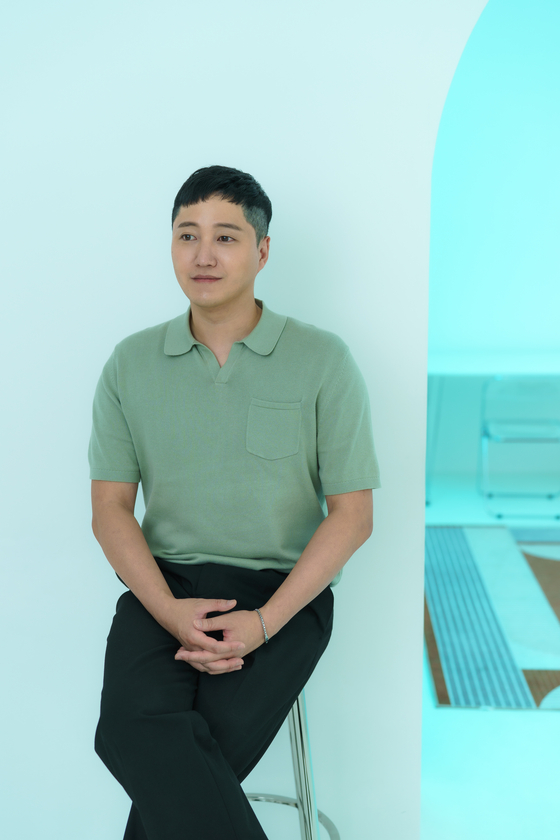 
The actor also visited a facility for people with disabilities to get closer to his character.

“Through the production company, I met teachers who taught friends like Seok-gu for 20 to 30 years and asked them how they see and what they think about their students,” Kim said. “As a present, the teachers gave me a DVD of a film their students made. When I watched that film at home, I realized that I was still confined in prejudice — I honestly thought that they [the students] wouldn’t be able to do these things. But they’re the same. We’re just a little different. The film was about their normal days — they talk, eat, go bowling and maybe have a beer or two at a bar — it was as ordinary [as ours].”

Despite the sensitive nature of taking on a role portraying a person with a disability, Kim wanted to play Seok-gu because he wanted the film to open a space for discussion. 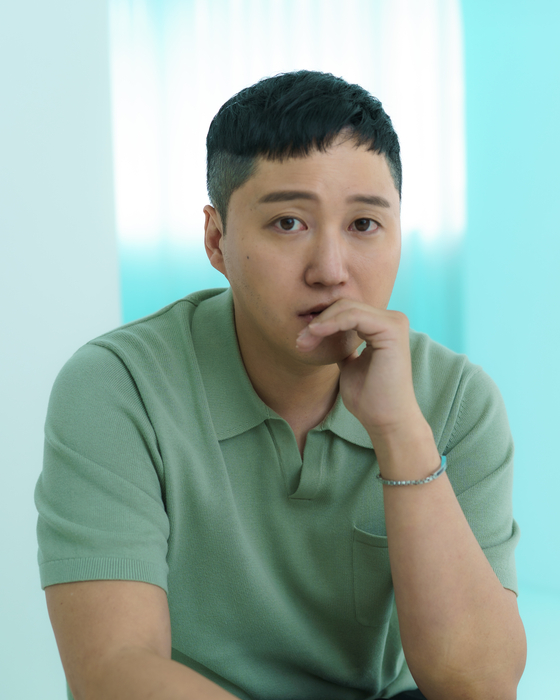 
“The film isn’t about placing faults or coming up with a tangible result,” Kim said. “It’s a story about diversity, not about who’s right or wrong, and I hope the film can open up the audience to talk about such things once in a while.”

However, Kim doesn’t think Seok-gu was the most difficult character he’s played in his 14-year career. According to the actor, no character has been easy for him to play.

“They were all difficult — for instance in ‘The Terror, Live,’ [2013], although only my voice appeared in the film, playing a villain was hard, and for Kim Dong-shik from tvN drama series ‘Misaeng’ [2014], since he was the kind of character that I see almost daily, it was more difficult because I know those people so well, and for Seok-gu, he came from the world that I didn’t know, which was why they were all hard in one way or another,” the actor said. 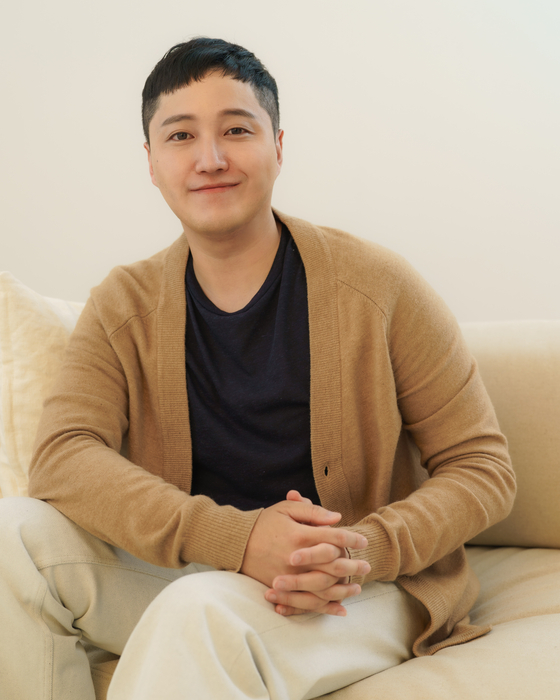 “I never think — and I believe that I never should — that I am satisfied with my work,” he said. “And I never have. For ‘Stone Skipping’ and any other work I did, even after the filming is over, there are always question marks for me — I always wonder if I acted in line with the film’s purpose and director’s message, and whether or not I was able to move the audience.”

When asked if he ever thought he was being too hard on himself, the actor replied that he finds comfort in positive reviews or ratings.

“My burden is relieved a little by the audience,” he explained. “Even though I think I wasn’t satisfactory enough, if there are responses that say that I was good, then I comfort myself thinking that it might have been okay. What I fear the most about acting is that there is no definite answer, [unlike] mathematics: The minute I decide that something is right or wrong, the rest of it changes.”

The film is slated to hit theaters on Thursday.