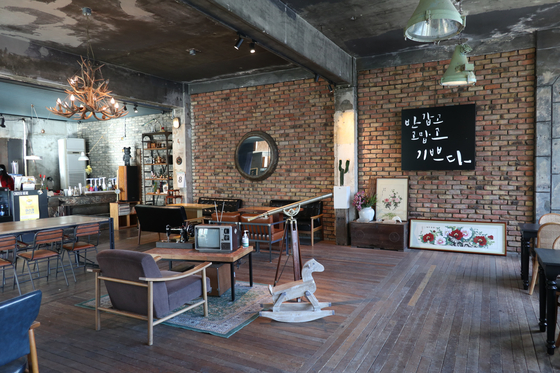 Kkotjari Dabang, a cafe where artist Lee Jung-seop and other intellectuals frequently visited, is now open and features a retro interior to allure youngsters looking for a mix of something new and old. [LEE SUN-MIN]


Daegu — Scenes of deserted streets in Daegu and other provinces in North Gyeongsang, the epicenter of a massive cluster of coronavirus cases back in February, are slowly beginning to fade.

Signs of life are resuming as people venture out to find small pleasures as the pandemic persists but many banners still remain, reminding pedestrians about the importance of wearing masks.

As more and more people prioritize visiting places that are not so popular among tourists in a bid to maintain social distance, many forgotten spots in Daegu are getting some attention.

Care to to take a stroll and check out the places that were out of bounds earlier this year?

Travel a century back

Bukseong-ro, a street which is about 1.42 kilometers (0.88 miles) long starting from the crossroad in front of Daegu Station and reaching Dalseong Park, was Daegu's busiest street during Japanese colonial rule (1910-1945). Both sides of the street were abundant with malls, tailor shops and stores selling grain as well as hardware stores run by the Japanese according to a newsletter printed in February 1911 by the Japanese General Government. In other words, the area was where everything Korean was being sold or taken away.

After Korea gained independence in 1945, these areas continued to thrive with artists spending time to talk culture and Korean merchants setting up their own shops. Many artists who had fled to the southern part of the country during the Korean War (1950-53) visited cafes and music rooms to write, paint, sing and play instruments. Kkotjari Dabang, a cafe where famed poet Ku Sang had a celebration party for his new poem in 1956, is now back on the streets to continue its legacy.

While some of the buildings frequented by such artists, intellectuals and moviemakers to discuss many different subjects and find inspiration remain intact, most of the cafes and art studios are now gone, most of which shuttered during the Asian financial crisis in 1997.

To reinvigorate the area and make sure its history is not forgotten, the city government has undertaken a remodeling project.

Considering the rising popularity of the retro trend in cafes and stores across the country, the once-abandoned area that still has style from up to a few decades ago is gearing up to become the new “it place” to visit in Daegu. 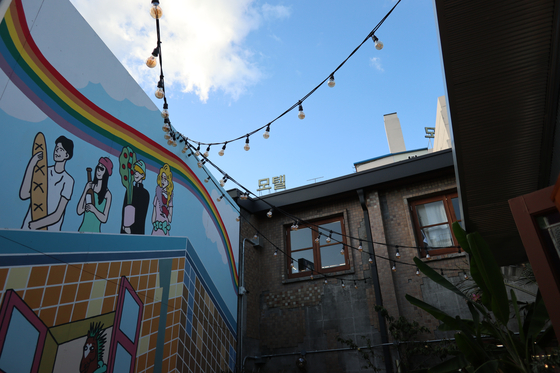 One corner from Bukseong-ro adorned with lights and a mural. [LEE SUN-MIN]


Some of the smaller alleys in the area have been kept, creating a maze-like environment for cafe hunters in search of hidden hot spots for cultural nourishment. Some of the cafes also offer outdoor seating and are fitted with lighting so patrons can enjoy the atmosphere long after the sun has set.

A collection of graves as a picnic spot

A more recently discovered spot by travelers is an area where about 200 graves are estimated to have been made between the fourth and fifth centuries.

The area is called Bulno-dong and the gravesite is marked by one solitary tree. 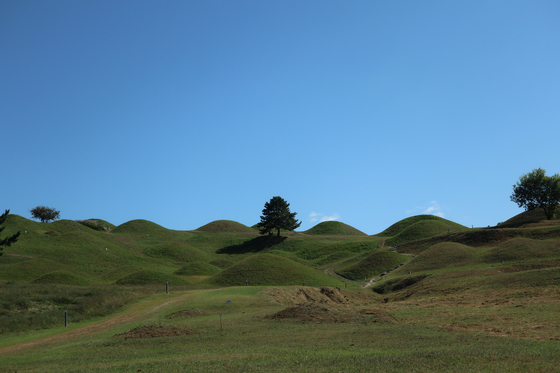 A picture of the tree in the middle of Bulno-dong's graves has gone viral online leading to many visitors to Daegu wanting to see the area for themselves. [LEE SUN-MIN]


Often compared to the garden on the children's television series "Teletubbies", the area looks like it is embossed. Graves that are as high as 4 meters (13.1 feet) create curves all throughout the land and provide a peaceful place to take a stroll. When you start to get hungry, roll out your picnic blanket under the tree to find some shade and enjoy a bite too.

The area hadn't been particularly popular among visitors to Daegu in the past, but thanks to a photo of the tree standing alone in the center of the grave going viral, many now make the area a stop during their trip.

Since the area is adjacent to Daegu International Airport, where not only passenger planes but also military jets fly, it's a good idea to bring some headphones and prepare a playlist or have a podcast at hand to drown out the noise overhead during your leisure time. Alternatively, you can count the jets doing practice runs over your head.

Less than a 10-minute walk away is Dansan Reservoir. The view of blue water in a city that's located far from the ocean attracts locals and tourists alike. The trail around the reservoir is flat and covered with trees to provide runners and walkers with ample shade while they are exercising. It takes about 40 minutes of walking to circle the entire reservoir. There are many benches available for those who want to sit and gaze into the sparkling water.

Duck-shaped paddle boats are also available to ride. Due to the coronavirus, other water activities like wakeboarding are currently unavailable.

A sunset for free

Usually, it takes either quite a hike to a high vantage point or coughing up some cold hard cash to get to the top of an observatory to properly enjoy a sunset.

However, watching the sunset in Daegu is not only free but also just a few steps up the slope of a slightly inclined wooden deck. 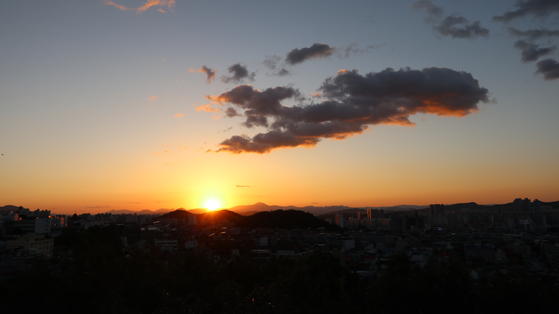 A view of the sunset from Apsan Sunset Observatory. [LEE SUN-MIN]


Apsan Observatory, one of the newest additions to Daegu’s must-visit spots, is about 13 meters high. With no tall buildings blocking the view from the observatory in Nam District, it's the perfect spot to watch the sky turn from blur to pink to black. Anyone can easily view the sky turning blue to pink until it goes down completely.

It takes less than about five minutes to walk to the top.

There is a glass-walled room at the top, but it is temporarily closed to prevent people from gathering.

It is open from 6 to 9 p.m. every day and admission is free.

*The fastest way to get to Daegu is on a KTX or SRT train departing from Seoul Station and Suseon Station. The train ride takes about one and a half hours. For more details on where to visit in Daegu, check out the Daegu Tourism Bureau’s website, dtb.or.kr or call (053) 720-7233.