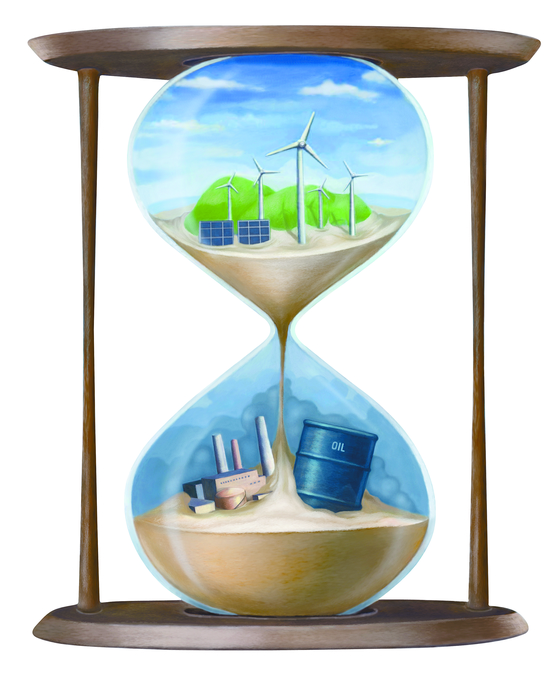 Coal, the driving force of the 18th-century industrial revolution, still had the biggest source of power generation worldwide in 2017, producing 38 percent of global energy. Oil hegemony continued for 160 years, turning the Middle East into the treasure chest and nuisance of the global economy at the same time.

But carbon dioxide, a greenhouse gas created by fossil fuels, has been identified as the main culprit of climate change. And change is affecting the economics of energy, too. ExxonMobil was excluded from the Dow index in the U.S. stock market for the first time in 92 years. Meanwhile, Korea’s reliance on fossil fuels has saddled it with a reputation as a climate villain.

So we ask, can renewable energy satisfy environmental, economic and energy stability? Is industrial production possible without thermal energy plants? Energy transformation may be a combination of all the contradictions, slow yet dynamic.


Focus on storage and efficiency, not just renewables 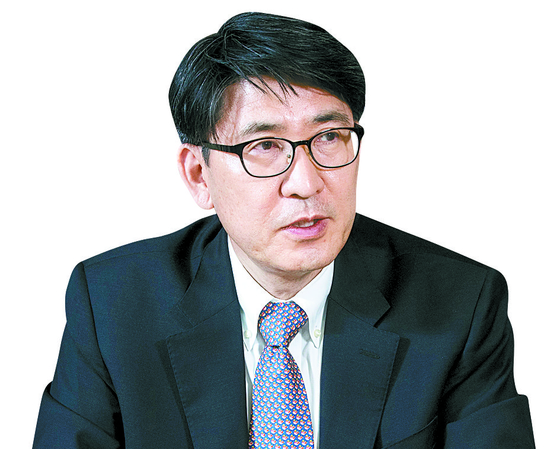 “Let’s not divide by energy sources. Look at it as a whole.”

Cho Yong-sung, head of the Korea Energy Economics Institute, emphasizes a comprehensive view of energy. The energy transition is not simply replacing coal with renewable energy sources. It involves social discord and energy security and affects the environment, the economy and safety.

“Remove the barriers between energy sources. We also need to talk about the cost we have to endure,” he said. The interviews took place in March and September, six months apart, in order to reflect the changes in the energy market as Covid-19 spread.

A. Expanding renewable energy only is not the best option. As the renewable energy distribution rate goes up, there is an issue with intermittency, of failing to supply on time. Expansion of energy storage systems (ESS) and reinforcing electricity grids are needed. It’s like forming a fleet like the Allies during World War II. (Intermittency refers to the variation of solar energy production depending on the time of the day and weather.)


Korea’s wind and solar resources are poor. There is no land to create large-scale farms.

We need a two-track strategy. A large-scale solar energy farm needs to be built in the reclaimed field in Saemangeum. Also, small renewable energies should be distributed. The small solar energy generators installed on apartment windows could be an option in Korea.

Can “solar energy on the window” be scaled up?

Dispersion, not central concentration, is one of the key elements in energy change. Virtual power plants, of collecting and trading electricity produced at home or in buildings, can be created. An economy on par with large-scale solar energy plants can be created, and VPP itself is a business opportunity. It is important to allow anyone to buy and sell electricity.

Is it possible under the Kepco monopoly?

Kepco has taken the role of providing quality electricity at a cheap price. However, this is not an appropriate method as dispersed power generation increases. Kepco’s monopoly should be broken. We need to discuss how far competition can be introduced. The distorted energy pricing system should also be revised.

India has been generating solar energy on a large scale, and the cost is already lower than coal power. A country can go 100 percent on renewable energy. Korea is not at that stage yet. In the short term, there should be a supplementary device to prevent a sudden surge in costs. The institute believes that grid parity will be possible by 2030. (Grid parity is the point at which the cost of renewable energy generation is equal to the cost of electricity from the grid.)

But there’s still the possibility of electricity price increases.

As renewable energy increases, backup facilities for electricity needs to be expanded, which will lead to increased costs. This is a matter of value, not price. We need to choose whether to produce electricity with cheap fossil fuel and burden the future generation or to lessen the burden in this generation. Clear air and water are not free.

Discord over nuclear power is escalating.

Disputes over energy have always existed in every administration, regarding Singori 5 and 6 and the Milyang transmission tower. The speed of energy transition depends on how fast social discord is resolved. There is no shortcut other than transparency and reaching consensus. It is within the country’s capacity to wisely resolve discords.

There’s also the issue of security.

Korea is an energy-isolated country. You need imagination to get out of the “island.” A northeast Asia super-grid connecting Korea, China and Japan and transporting hydrogen from Siberia to Ulsan Port is in discussion. Diversification of energy portfolio is important.

It is a future we cannot avoid. Companies that don’t have [100% renewable energy] won’t be able to sell products in the future global market. China plans to oust the combustion engine by 2030. Covid-19 accelerated the trend, and we’ll feel the changes in our everyday lives.


Korea has an opportunity to lead on clean energy 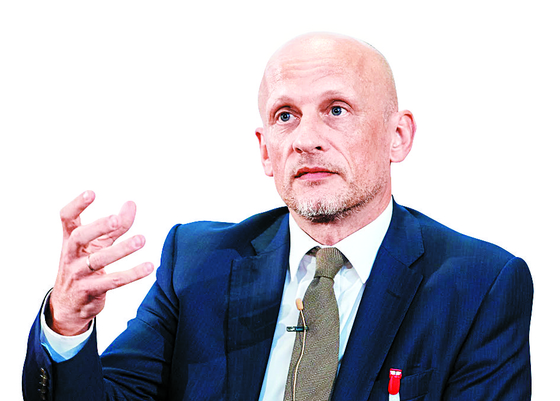 
There is a report that energy policy authorities around the world wait for in order to devise their strategies. It is the World Energy Outlook by the International Energy Agency. Tim Gould, head of the Division for Energy Supply Outlooks and Investment, is in charge of the report. I asked him what is the best way to reduce greenhouse gases. His response was unexpected. He said that there was no single, simple solution to attain that goal.

The following excerpts from his more than 30,000-word e-mail response have been edited for length.

Q. What are the longer-term implications of Covid-19 on the energy industry?

A. Covid-19 provided us with a sneak preview of future energy systems, characterized by slowing oil demand growth and the rising role of electricity and renewables. It is the role of governments and companies to draw insights from the crisis and think through necessary actions and policy measures to ensure that tomorrow’s systems remain reliable and sustainable.

What kinds of actions can we consider on the energy side to overcome the Covid-19 crisis and kickstart the economy?

Large-scale investment to boost the development, deployment and integration of clean energy technologies — such as solar, wind, hydrogen, batteries and energy efficiency — should be a central part of governments’ plans because it will bring the combined benefits of creating jobs, boosting economies and making energy systems more sustainable and resilient.

The world is facing an era of energy transition. What do you think are the key questions or challenges we should consider in this era?

There are no single or simple solutions for reaching climate goals. A host of policies and technologies will be needed across every sector to keep climate targets within reach. But there are three areas that are particularly important to bend the emissions curve.

When do you estimate that renewable energy will enter the realm of an individual’s life?

Renewables are already part of the lives of billions of people around the world — but they may not all realize it. The share of solar PV [photovoltaics] in global power generation capacity is around 7 percent today, but in the Stated Policies Scenario, solar PV overtakes all other major sources (hydropower, coal, natural gas) to become the largest component of global installed capacity by 2040.

What do you think about the impact of the transition to renewable energy for existing industries and the economy?

Transitioning from one area to another isn’t always simple, but that’s where policymakers should step in to help the process through retraining programs and other initiatives. What is clear is that measures to address the employment implications of energy transitions should be a core part of governments’ plans.

Are the “geopolitics of energy” less important than after the United States became the No. 1 shale oil exporting country?

Despite many developments in recent days, geopolitics will continue to play an important role in oil markets and there are plenty of reasons for policymakers to continue to pay close attention to supply security.

What are some ways energy importers like Korea can secure energy security?

Accelerating energy transitions toward renewables and other low-carbon energy sources would bring substantial security benefits by reducing the need for imported fuels. However, speeding up energy transitions also requires a reappraisal of energy security risks in the future energy system.

Korea imports more than 99 percent of energy. How would you advise it to diversify energy consumption?

First, Korea could consider putting a focus on transitioning to cleaner energy at the heart of energy policy. Second, Korea has an opportunity to transform the position of renewables in the energy system. Third, unlock energy efficiency’s huge untapped potential. By pushing energy efficiency as far and fast as it can, I think Korea can be a global leader in demonstrating what can be done in this area, in the same way that it has shown the global community what is possible in the process of tackling Covid-19.