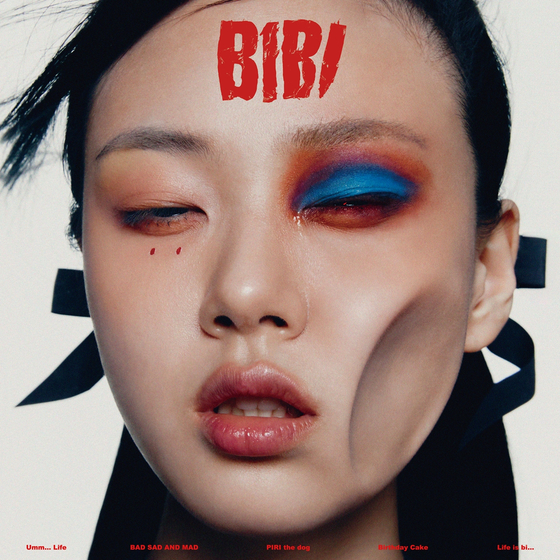 
Singer-songwriter Bibi will release her new EP "Life is a Bi..." today at 6 p.m.

It's her first EP in two years since her debut album "The Manual For People Who Want to Love" (2019).

The 5-track EP will revolve around the theme of "the honest life of a twenty-something," according to the singer's agency Feel Ghood Music.

The double lead tracks "Bad Sad and Mad" and title track "Like is a Bi..." are R&B hip-hop songs. She wrote and composed the songs herself, as well as taking part in the styling and overall directing of the EP.

As well as the five tracks, Bibi has prepared five short-story books and music videos for each of the songs which will be revealed one by one.

Bibi stepped onto the music scene in 2017 by featuring in rappers' Tiger JK and Yoonmirae's "Ghood Family" album and made her official debut in 2019 with "Butterfly," the lead track off of her first album "The Manual For People Who Want to Love."

She made it onto Spotify's 2020 list of Top 5 Most Streamed RADAR Korea Artist in December last year and took part in the "From Milan with Love: Next Gen" concert co-organized by AC Milan and Roc Nation held in November last year.

A wife asks her husband to find her first love in “Life is Beautiful.”