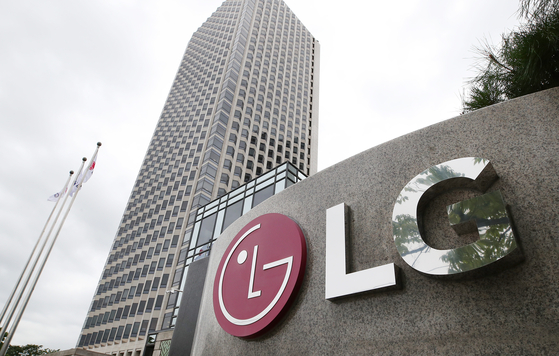 
LG Chem’s net profit rose 315.8 percent in the third quarter while operating profit was up 158.7 percent as the company deals with reports of fires in Hyundai Motor and Chevrolet cars using its batteries.

The company’s quarterly revenue for the July-September period was 7.5 trillion won ($6.6 billion), up 8.8 percent on year. Operating profit during the period was 902.1 billion won. Both figures are record highs in terms of quarterly performance.

The results were largely due to a solid quarter in petrochemicals, LG Chem’s older cash cow, and batteries.

"The all-high records in revenue and operating profit came amid an unprecedented situation caused by the Covid-19 pandemic,” said Cha Dong-seok, LG Chem’s chief financial officer and executive vice president during a conference call on Wednesday.

“They are results of concentrated efforts to increase efficiency within the organization, stabilize cash flow and persist investment in future technology. We believe this experience of seeing success amid crisis will become our driving force in the post-coronavirus era.

After a turnaround into profit in the previous quarter, the battery business continued to grow in the July-September period, setting a new quarterly record.

This is the first quarterly results announcement after LG Chem dropped plans mid-September to spin off the battery unit this year. During Wednesday’s conference call, the company laid out plans for the spun-off entity, tentatively named LG Energy Solutions.

Chang stressed the spin-off, which would result in the entity becoming a wholly-owned subsidiary under LG Chem, was a move intended to speed up decisions by narrowing the focus on the battery business alone, given that EV batteries requires years of research and development. The agenda will be put up to a shareholder vote on Oct. 30.

LG Chem just climbed the global ranks to become No.1 EV battery supplier this year, with a 24.6 percent market share between January and August, according to SNE Research.

“The EV battery market is changing from a ‘regulation’ market where growth was led by government subsidies and regulations, to a ‘customer pull’ market,” Chang said.

“Consequently, we expect the lithium-ion battery market’s size to grow from 57 trillion won in 2020 to 142 trillion by 2024. It has high potential that’s on par with semiconductors. Our goal is to realize 30 trillion won in annual revenue by 2024 with an operating profit margin in high single digits.”

The petrochemical business, also a big contributor to a record-breaking quarter, generated 3.6 trillion won in revenue and 721.6 billion won in operating profits. Operating profit margin for the unit set a record of 20.1 percent and the price of raw materials was low.