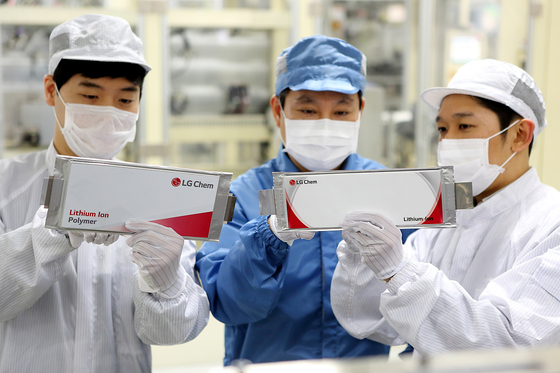 LG Chem continued its upward momentum from the previous year, securing fourth place in brand value in the chemical field. In hopes of continuing this momentum, LG Chem is aiming to reach 59 trillion won in total sales figures while attaining double-digits in profit ratio by 2024.

Having declared this year as “The Year of Execution,” LG Chem plans to significantly revamp and improve its existing four sectors.

In the petrochemical sector, LG Chem is strengthening foreign partnerships in hopes of ascending into a global petroleum business firm. With investments worth 2.6 trillion won, LG Chem will expand the processing capacity of Naphtha Cracking Center, upscaling its ethylene and fine-grade polyolefin production by 800,000 tons each and enabling mass production of both by the end of 2021. Additionally, by increasing the sales ratio of products with LG’s house-made products with market competitiveness such as Elastomer or next-gen Super Absorbent Polymer by 20 percent of the total sales figure before 2022, LG Chem is hoping to establish a firm income model in the industry.

The high-tech materials sector will be focusing on developing materials for displays, automobiles and battery components, according to LG Chem. In the display field, OLED protective film, OLED encapsulation film, and foldable next-generation display development are planned. In the automobile components field, lightweight car frame material research via engineering plastic development is scheduled. Lastly, on battery components development, LG Chemical, and global cobalt refining company, Huayou Cobalt from China agreed to establish a joint cathode and precursor manufacturing company in 2018. Through the agreement LG Chem secured a stable supply of cathode and other electronic battery components.

Regardless of the products’ nature, whether chemical, pharmaceutical, or electrical components, LG Chem aims to make sustainability its ultimate goal, pledging itself to social contribution in every aspect of society, in the hopes of finding and implementing sustainability in every process.