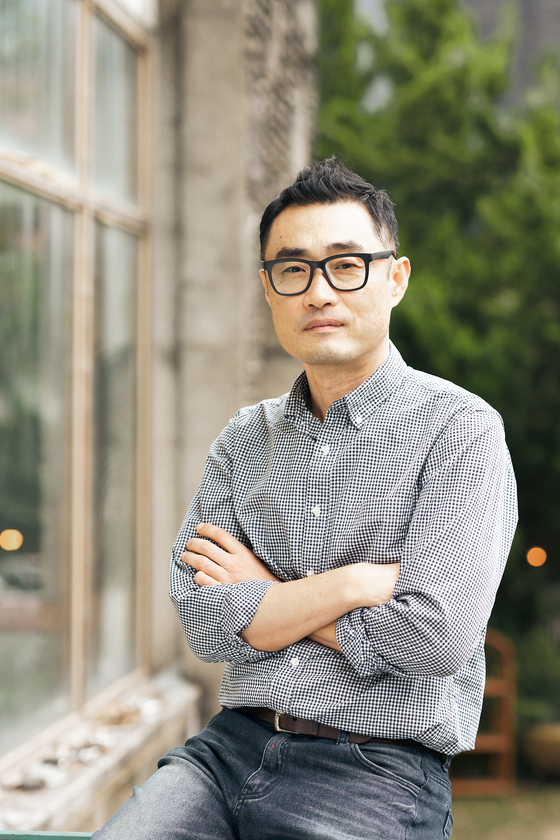 
Death is a reality we all must face, but are we all entitled to die with dignity?

This is the question the film “Paper Flower,” which premieres today, asks the audience.

The independent film gained media attention after taking home two awards in May—the Platinum Remi Award and Best Actor Award for actor Ahn Sung-ki—at the 53rd WorldFest-Houston International Film Festival. It marked the first time for a Korean actor to be awarded the accolade ever, from one of the oldest independent film festivals in the United States.

"Paper Flower" centers around four protagonists who face four different struggles—Sung-gil, an elderly mortician living with his physically disabled son Ji-hyeok, who is paralyzed from the waist down due to an accident, and their neighbors, Eun-sook and her daughter Noel.

Sung-gil has been the town mortician all his life but struggles to make ends meet as large funeral homes take over the industry. In order to support his son, Sung-gil reluctantly decides to work as a subcontractor for a company, but soon comes into conflict between his dogma to have the dead—regardless of their social or economic position—depart with dignity versus the company’s capitalistic approach, grading different services based on how much their customers pay. 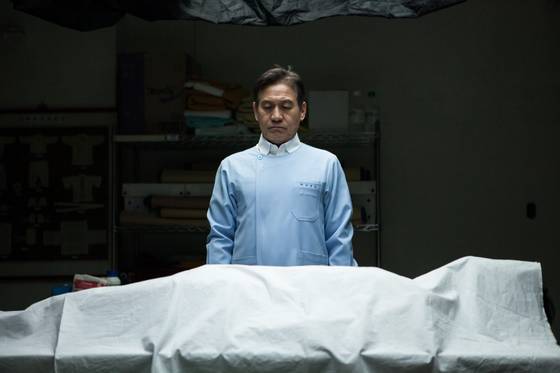 Sung-gil, played by Ahn Sung-ki, is a mortician caught in a moral dilemma over how he should send off the deceased. [ROD PICTURES] 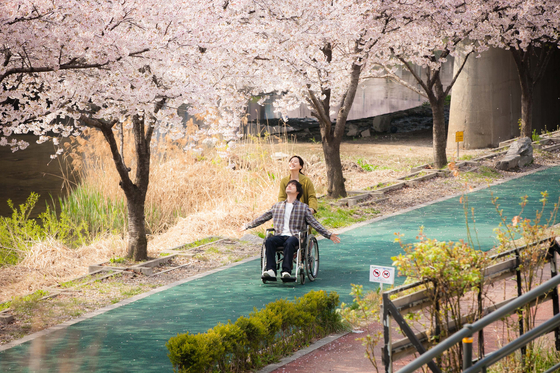 Eun-sook and Ji-hyeok connect with each other after they find out they are facing similar struggles. [ROD PICTURES]


“What I learned through research is that the positions of these town morticians have changed from the past,” said director Go Hoon in an interview with the Korea JoongAng Daily on Monday at a cafe in Samcheong-dong, central Seoul.

“Traditionally, it was [almost] a custom for the morticians within the town to take care of the funerals. For instance, if there were two morticians in a town, the first one to send their condolences would then become responsible for the funeral. But now, the services are based on agencies. It’s not that these companies actually have their own morticians—they put the morticians under contract and give them work.

“What I felt was that this job has partly become a reflection of society,” Go said. “A job that shows how traditional and contemporary perspectives on death have changed.”

“As the audience will see in theaters, I tried to portray the funeral process as realistically as possible,” the director explained. “As for the paper flowers, it’s actually more difficult than it looks to make them, and to do it skillfully [since he was playing the role of someone who has been doing it for years] Ahn had trouble doing it at first. But he practiced and practiced until he could do it professionally.”

“All the scenes were done by Ahn,” the director emphasized. “We didn’t use an understudy or anything.”

Although the story revolves around Sung-gil, the rest of the characters each face their own trials and tribulations that are connected to social issues such as domestic violence and discrimination against social minorities. However, their pains are portrayed in a calm, composed tone.

“I didn’t want to include any dramatic scenes,” Go said. “And I wanted to break the pattern that since it’s a story about death and social minorities, it should be gloomy and bleak. What the characters go through does really happen in reality—it’s just that we don’t know about these situations very well. So instead of portraying their pains in a dramatic, provocative manner, I thought the audience would feel more familiar with them if they were told in a composed way.”

The director prefers all his storytelling to be measured and calm.

“I don’t like provocative stories, and I don’t think I’m really good at telling them anyway,” he said. “Stories that move me are about people who face hardships silently and diligently. I want to respect that in my stories. My characters from ‘Eomung’ [2019] or in this film are like that. They are people whom you’d see on the streets, and there’s nothing dramatic about them.”

Although the director never had to struggle between his beliefs and reality like Sung-gil did, he confessed that he does feel his way of storytelling is "estranged from the majority," or at least different from what the masses find entertaining.

“Basically, my stories are about common people without the drama, [but] I want the audience to feel empathetic toward them, to be drawn to them,” Go said. “Nowadays I feel a little bit lost because that’s what I think I’m good at, but when I see Korean films, I don’t think I can pull off stories like that.”

“Paper Flower” is Go’s second film, and the director is learning that filmmaking is not a one-man job. He is still experimenting with translating his stories from a script to the screen.

“What I realized through ‘Eomung’ is how difficult it is, in the local film industry, to have independent films meet the audience,” he said. “’Paper Flower,’ I think, is somewhere between an independent film and a commercial film. I changed the script [based on advice] from the production company, investors and Ahn.”

For instance, the director said that the original plot for this film was much more political.

“[In part] I was inspired to write the story about how people politically use deaths for their own gains,” he said. “Like for instance, how people set up a wake for former president Roh Moo-hyun but were ordered to demolish it. The original story was, in a way, paying homage to that, but as I discussed it with others, I changed it to be more personal and conventional so it could touch more audience members.”

Go feels no regret about making changes and feels that it’s all part of the learning process.

“I’m still in the process of setting my own standards,” he said. “There is the option to show my style of film, but [another way] is to create a film together through collaboration, and I think this can be an asset for my future films as well.

“[But] I still feel confused and unsure about what kind of stories I could create as a creator—as if I’m a teenager going through an identity crisis and until I have my ducks in a row, it’s going to be hard. But one day, hopefully, there will come a time when investors or actors will think ‘this type of story would be portrayed best if directed by Go.’”