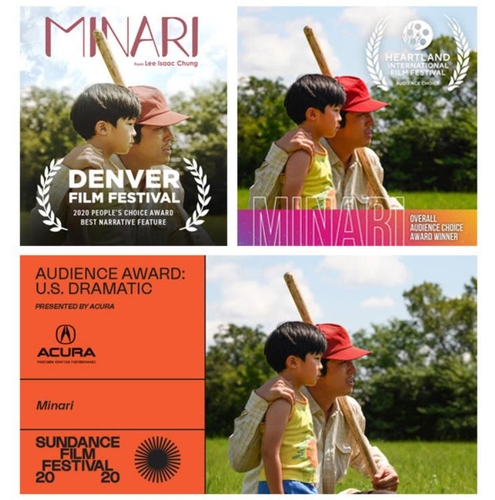 
Director Lee Isaac Chung's drama “Minari" (2020) continues to win awards at film festivals around the globe, most recently the Audience Award and Best Actor Award at the Denver Film Festival which ended this month, the film’s distributor Pancinema announced on Tuesday.

"Minari," is based on director Chung’s own life and tells the story of a Korean family who move to rural Arkansas in the 1980s.

The film is scheduled to premiere in Korea next year.