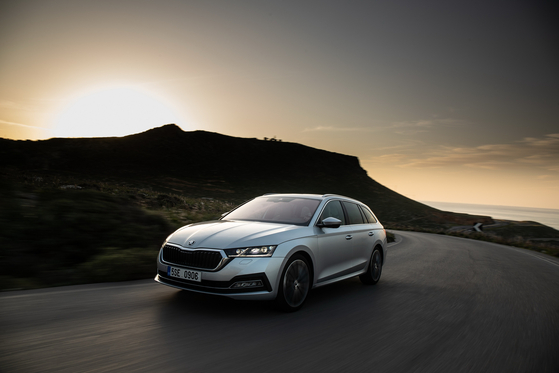 Skoda is a Czech carmaker owned by Volkswagen.

Kumho will also supply tires for the Kamiq compact SUV by Skoda introduced in 2018.

Selling cars directly to manufactures for use in new vehicles is not as profitable as selling replacement tires, but it can be good for marketing purposes and may lead to replacement sales later.

In January, Kumho supplied tires to Audi for use in its SUV Q5. In 2018, it inked a deal to supply new tires for BMW’s X3.

Around 65 percent of its business is overseas, a spokesperson for the company said.

The tiremaker hopes the recent deal with Skoda can help it return to profit. It has lost money for two consecutive quarters, as two of its key markets — Europe and the United States — were hit hard by the pandemic.

Kumho’s sales dropped by 24.2 percent on year in the April–July period, while reporting a net loss of 51.7 billion won ($45.6 million). The tiremaker also suffered from deteriorating brand image, according to analysts, after the Chinese state-owned tire company Double Star bought 45 percent of Kumho Tire in March 2018.

Amid difficulties, Kumho Tire expects its performance to turn around in the third half.

“The partnership is meaningful because we are supplying equipment for two cars with high sales prospects,” said Kim In-su, a sales representative for Kumho Tire. “Octavia was one of the best-selling models in Europe and Kamiq is a compact SUV which Skoda has high hopes for. We hope to continue building strong partnerships with Skoda.”

"Second quarter was tough as car factories in both Europe and the United States shut down,” said a spokesperson from Kumho Tire. “The markets for new cars are opening both domestically and abroad. We expect better third-quarter results.”