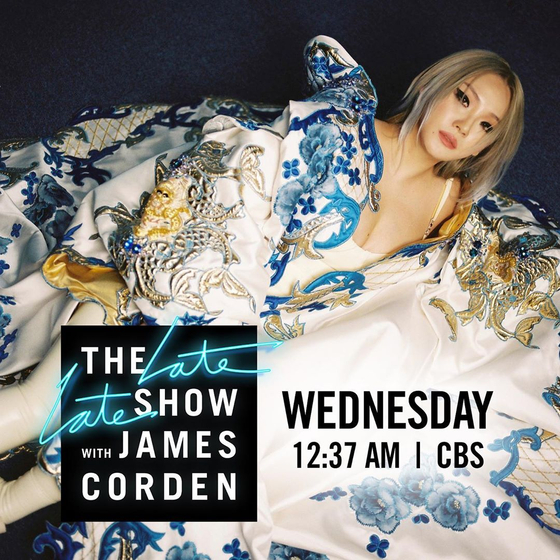 
Rapper and singer-songwriter CL, whose real name is Lee Chae-rin, will air a performance of her new song "HWA" on popular U.S. talk show "The Late Late Show with James Corden" on Thursday.

CL, who is also a former member of the K-pop girl group 2NE1, wrote on her Instagram on Saturday, "I'm baaaaack. Watch me perform my new single HWA for the first time ever on the Late Late Show with James Corden on October 29 on CBS."

Also in a press release on Saturday, CL said the performance was filmed in the space for the ongoing solo exhibition of the world famous artist Haegue Yang at the National Museum of Modern and Contemporary Art (MMCA) in Seoul, and Jongchinbu, a Joseon-dynasty building (1392-1910) within the museum. In the Joseon period, the building was used as the Office of the Royal Genealogy, which dealt with portraits and other important matters related to former kings and their relatives.

This is the second time that CL will appear on the Late Late Show, after she introduced her debut single in the United States "Lifted" on the show in 2016.