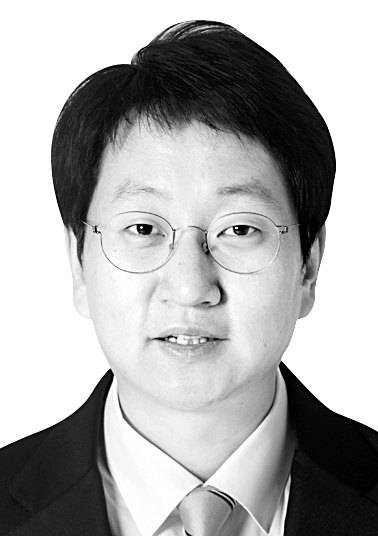 
I recently learned about intelligent disobedience. It is part of training for service dogs. For example, if a blind person wishes to cross the street despite imminent danger, the dog should refuse to obey the owner’s instruction. The training is to protect the dog as well as the owner.

I wondered how dogs can be taught to make such judgments, to obey or not. I asked Shin Kyu-dol, a guide dog trainer at the Samsung Life Insurance Service Dog Academy. The guide dog and trainer stand at the street corner and after checking the traffic, he makes a “Forward!” command. He pulls the harness when a car passes to stop the dog. When he stops, the dog is awarded with a snack or praise.

After rigorous training, the dog can check for cars and stops even without being pulled. If he proceeds without discretion, the handler falls and feigns pain. The dog learns the consequences if he does not watch closely.

In the 30-week-long guide dog course, selective disobedience is taught during the last two weeks. The final course is essential to pass the qualification for a guide dog. To reward the dog for making a “smart” disobeying action, praise can work better than a snack, according to Shin. Scratching and patting with exaggerated praise can be more motivating, he says.

Let’s compare this to the fate of current Prosecutor General Yoon Seok-youl. When the National Intelligence Service came under suspicion of orchestrating an online campaign in favor of conservative candidate Park Geun-hye during the 2012 presidential election, the government went all-out to prevent the connection from impacting the president. Yoon, who was heading a special investigation team at the time, pressed ahead with the probe to stop the attempted cover-up of the dangerous affair in which the state intelligence power abused its authority and network to manipulate public opinions. But his “intelligent disobedience” didn’t work. Prosecutors opted to faithfully follow the command from above after witnessing the fall of Yoon. When another case involving abuse of power by President Park’s close aides broke out, only the whistle-blowers were punished. A police officer even committed suicide out of pressure. 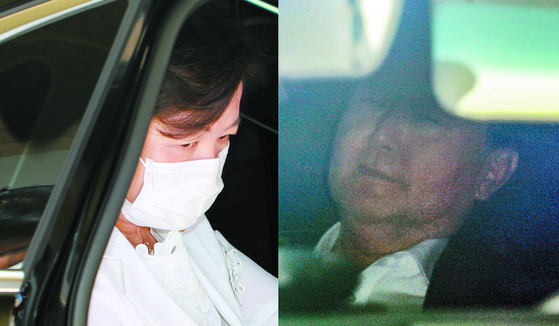 
Yoon was named prosecutor general after the change of governing power. His new “owner” — liberal President Moon Jae-in — actually instructed him to continue to exercise his intelligent disobedience even if the government and the ruling party are found to have committed wrongdoings. We thought things would return to normal finally.

But when Yoon did what he was told to do, his aides were whipped and demoted. The owner turned a blind eye to the alleged abuse of power and corruption among his inner circles. As a result, the “guide dogs” trained to make their own judgments are being abandoned. The owner did not truly wish for a smart companion.

The prosecution is not the only organization being tamed. The former deputy prime minister for economic affairs, who spoke his mind, was replaced by a more obedient bureaucrat. A Finance Ministry official, who blew the whistle about the government’s profligacy in issuing debt, was kicked out. Officials at the industry and energy ministry had to spend the night deleting sensitive documents on nuclear reactors to support Moon’s nuclear phase-out policy. They have to dutifully follow the orders regardless of the potential danger in order not to be abandoned.

There is a TV program titled “Dogs Are Not Born To Be Bad.” It shows how dogs misbehave because of their owners. If you raise a dog well, its pedigree doesn’t matter. But that could be tragic for the blind man and his dog.

Where the justice minister stands (KOR)