Trust in the experts

Trust in the experts 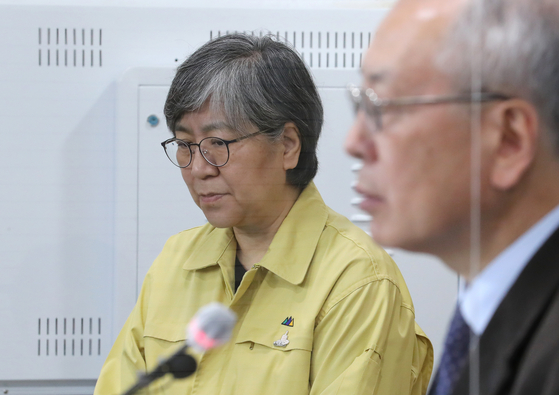 Jung Eun-kyeong, director of the Korea Disease Control and Prevention Agency (KCDA), denies the relationship between mounting deaths, mostly among the aged, and flu vaccines in a press briefing on Saturday. [YONHAP]

LEE DONG-HYUN
The author is the deputy industry 1 editor of the JoongAng Ilbo.


English physician Edward Jenner (1749-1823) first developed the smallpox vaccine, but people did not embrace the idea of vaccination at first. The method of injecting the cowpox virus into human bodies to create smallpox immunity was so effective that it ultimately erased the deadly disease with a fatality rate of more than 30 percent from human history. But people were resistant of the idea of injecting a cow virus into human bodies. A rumor spread that people would turn into cows.

You may associate Louis Pasteur or Ilya Mechnikov with probiotic drinks, but they are scientists who verified and advocated vaccinations. Pasteur discovered and studied lactic acid fermentation and proved Jenner’s vaccination method. He claimed that people could be protected from fatal disease with light symptoms.

Russian microbiologist Mechnikov worked as the deputy director of the Pasteur Institute and completed the study of immunology in modern medicine. He was awarded the Nobel Prize in Physiology or Medicine in 1908 with “Immunity in Infectious Diseases” published in 1901. Some joke that Mechnikov’s name reminds people of “the dream of extending life.” Of course, it’s not because people drink yogurt but rather, thanks to his study of vaccinations and the immune system. He contributed to humanity’s extended lifespan.

People get flu vaccines out of the fear of a “double pandemic” of Covid-19 and the seasonal flu, and concerns are growing over a series of deaths in Korea. It could be due to the vaccine’s lack of quality or pre-existing conditions, but anxiety is growing as people are already afraid of Covid-19.

Vaccines are verified scientifically. It is the best invention that has freed mankind from fear of death. But if the cause of the death of people who got the flu vaccine is not clarified soon, trust in science built over hundreds of years could collapse. It took 200 years from Jenner’s development of vaccinations to spearhead mass vaccinations in major countries. No matter how advanced science becomes, internal fear and anxiety can hardly be cured.