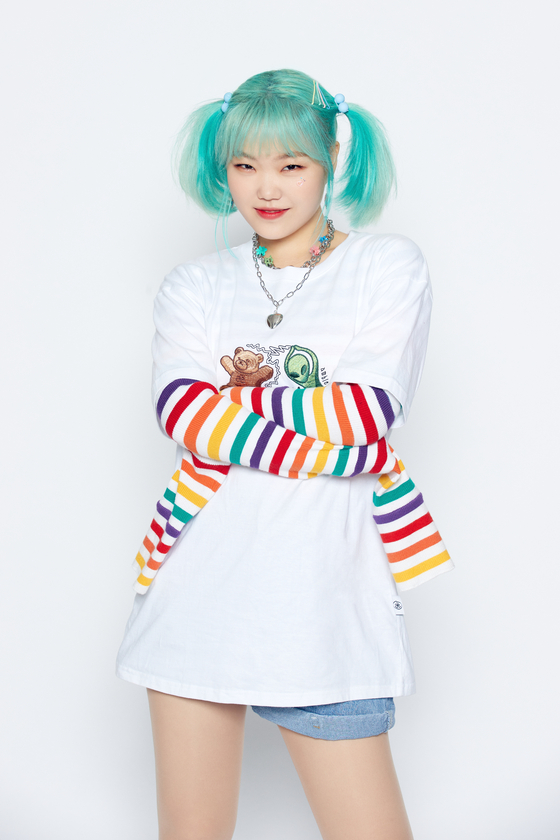 
If you're feeling down, Lee Su-hyun's first solo single "Alien," released on Oct. 16, offers some positive energy to listeners who may be struggling with low self-esteem.

It's her first time in six years to release a solo album without her brother Lee Chan-hyuk since the duo, known as AKMU, made an official debut with its first full-length album "Play" in 2014 after winning the second season of the survival audition program "K-Pop Star" in 2012.

"'Alien' is written in a unique way, like how a mother would talk to her daughter," she told the Korea JoongAng Daily in an e-mail interview.

In the song, the mother tells her daughter that she is a powerful alien who is strong enough to turn the Earth upside down.

"The first line of the song goes, 'My mama told me I'm an alien,' and the rest of the song sings lyrics of encouragement like 'you on that planet used to be a champion' to boost listeners' confidence. I wish people who listen to the song find confidence and have a chance to figure out what kind of superpowers they might have." 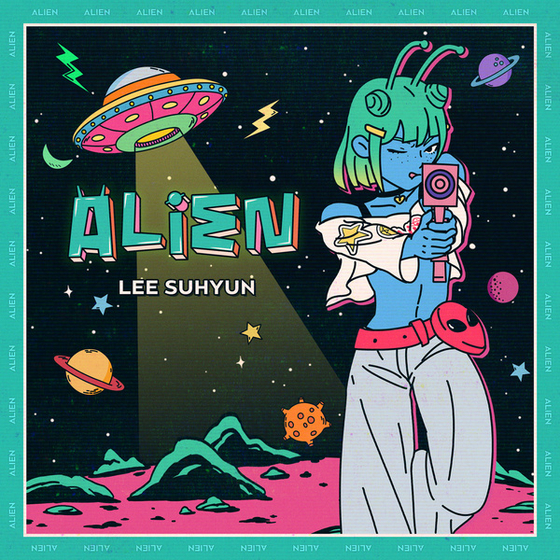 
She said it took a while to make a solo debut because she couldn't figure out what message she wanted to send.

"I'm so glad that I finally made my solo debut that I've been preparing for, for so long. I've always wanted to try a unique style of music that only I can do as a solo artist — not as a member of AKMU. I scrapped my solo albums multiple times and started over again and again because I was never fully satisfied until the song 'Alien.' My goal was to release a solo single before the weather gets too cold, and I'm glad the song is out when the weather is great just as I wanted."

Lee hopes to present a new side of herself as a solo singer Lee Soo-hyun, not as a member of AKMU.

"The longer my brother Lee Chan-hyuk and I worked together as a sibling duo, the more I felt that our taste in music has changed. Realizing the change in personal taste in music, I felt that I wanted to make a song that contained my own identity.

"When I'm working solo, I want to sing and communicate in my own individual color. The best part is that I'm the only one in the center!

"I can't say for sure what my next solo song will be like because my mind changes every day, but my goal is to present a solo song or a solo album that contains my own thoughts and colors. But I will also continue releasing songs as AKMU, so please look forward to the upcoming AKMU music as well." 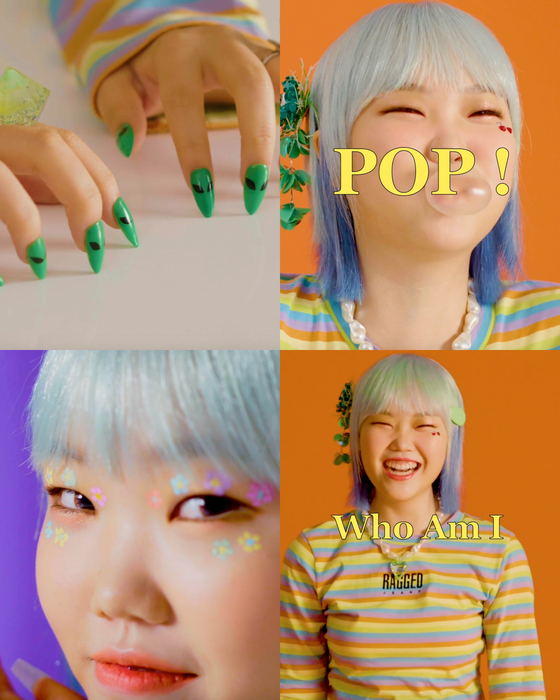 
Lee recently proved herself after she uploaded a cover of the song "Speechless" from Disney film "Aladdin" on her YouTube channel and subsequently received an official call from Disney asking her to sing "Reflection" for Disney movie "Mulan" in Korean.

"As a Disney fan, I was so happy to hear from Disney to sing a Korean version of 'Reflection.' Rather than feeling pressured, I tried to enjoy it, and I think that's how the cover ended up being successful. I hope this is just the start of more opportunities to come."

"I tend to think about the characters of the drama a lot when I sing original soundtracks. I want to try participating in OSTs of various genres of dramas, as I wish to become the queen of drama OSTs someday."

Lee said she learned how to enjoy performing in the moment while shooting JTBC's music and travel program "Begin Again" in which singers give live street performances in cities around the world.

"It was a valuable time when I could collaborate with other talented musicians.

"Family Band [a band formed in the show that consists of musicians Park Jung-hyun, Harim, Henry, Kim Feel, Lim Heon-il and herself] really influenced me a lot to grow as a musician. Whenever I replay videos of the performance I did overseas with Family Band, I can recall every single detail of the stage and how much I appreciated it."

Lee says the most memorable moment since her debut was when AKMU made a comeback with its third full-length album, "Sailing" in 2019 after Chan-hyuk was discharged from the Marine Corps where he served his mandatory military service.

"I think it's an album that not only quenched our thirst for music but also taught us to appreciate each other. 'Sailing' is an album in which we finally found some direction for AKMU. I can't forget the feelings we had, thinking that 'now is the start of AKMU.'"

Lee said the past six years since her debut was for her to build up her capabilities to show different sides of herself and different styles of music.

"I think I grew a lot in the past six years while working with my brother. Now that we understand and respect each other's colors of music, we make our own songs or create music for AKMU. A lot of thoughts went into my first solo song, and 'Alien' is my very first step as a solo singer."