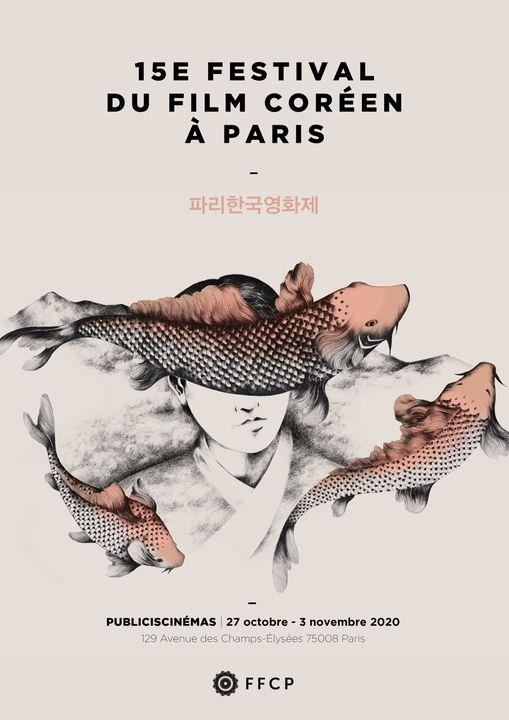 The poster for the 15th Festival du Film Coréen à Paris, or the Korean Film Festival in Paris, set to begin on Oct. 27. [FFCP]


The 15th Festival du Film Coréen à Paris (FFCP), or Korean Film Festival in Paris, will go ahead as planned despite the coronavirus and run from Oct. 27 to Nov. 3, organizers said on Monday.

According to the organizing committee, the festival will run for eight days at the Publicis Cinémas in Paris, premiering 19 feature-length and 25 short films, all of which are Korean.

No additional events other than film screenings — such as talks with the director and the actors — will take place, in order to minimize the spread of Covid-19.

Visitors will be seated at certain distances from each other, have their temperatures taken before entering and will have to wear masks throughout.

The organizing committee considering canceling the event but decided to make a "tough choice" in order to meet the needs of the rising interest in Korean films by the French public, according to organizers.

Since the event will not be able to seat as many audience members as initially anticipated, the movies premiered at the festival will re-run at the cinema every weekend until Dec. 20 for those who can't get a ticket during the festival duration.