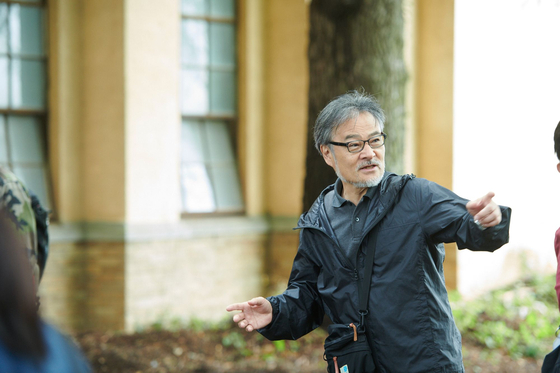 
Although not shy about trying his hand at new genres, Japanese director Kiyoshi Kurosawa visited Cannes, Venice, Berlin, and other prestigious film festivals, with films such as “Pulse” (2001), “Bright Future," “Doppelganger” (2003) and “Retribution” (2006), thanks to his prowess when it comes to horror.

However, for his latest film “Wife of a Spy,” Kurosawa focuses on a different kind of horror, bringing attention to Japan’s murky past. The film covers the wartime atrocities of Unit 731 of the Japanese Army and its lethal human testing of biological and chemical weapons in Manchuria before and during World War II, of which victims are speculated to number in the thousands. And he clearly succeeded — the film won him the Silver Lion for Best Director at the 77th Venice International Film Festival.

“It’s my first time to win such a prize, and [of course] I was extremely happy, but I wasn't able to be there in person to receive the trophy,” the director said at an online press event for the 25th Busan International Film Festival on Monday. “I wondered how thrilling it must have been [to be in Venice], so I can’t really say that it has sunk in yet. But due to the prize, a lot of the local press reported about it and it was due to that that the film was able to be released in Japan last week, so for that I’m grateful.” 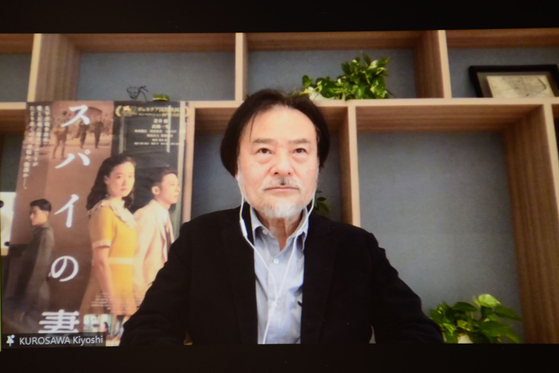 Director Kiyoshi Kurosawa participates at an online press event Monday for the 25th Busan International Film Festival, in which his film was invited for a gala screening. [2020 BIFF]


Instead of the grisly horror he's known for, Kurosawa chose not to depict the gruesome details of the horrifying crimes the Unit 731 committed but instead focused on individual tales and choices and what they signify.

The story begins peacefully enough, set in the city of Kobe in 1940, as the Second World War is just beginning and the country has signed a tripartite pact with Italy and Germany.

At first, blissfully ignorant of the country’s situation, newly-married wife Satoko Fukuhara is solely concerned about her husband, Yusaku Fukuhara’s, well-being after his two-week journey to Manchuria is prolonged. When she learns that her husband is actually a spy, rather than leaving him for lying to her, she decides to stick by his side for the sake of her own beliefs of loyalty, trust, and love. 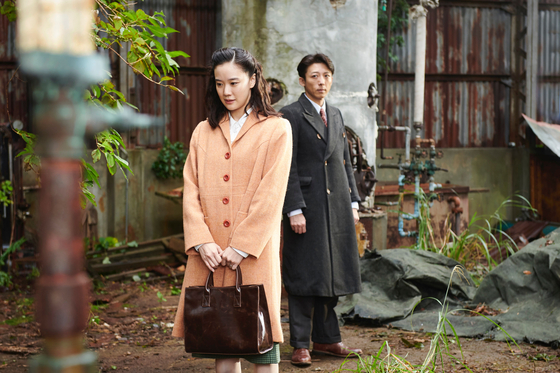 Scene from the film "Wife of a Spy," which earned the director Silver Lion at the 77th Venice International Film Festival. [BIFF]


“I participated as a screenwriter from about midway through the process. It was [mainly] Ryusuke Hamaguchi and Tadashi Nohara who wrote the script — my role in the scriptwriting process was to cut out certain scenes to make the story compact,” Kurosawa said. “But I thought the idea of making the wife of the spy as the central protagonist was very striking — and original. By putting her at the center, it was much easier to depict the everyday people who lived in that era — like what worries they had and what they enjoyed. And since [Satoko] is the main character, it was easier to initiate suspense and mystery about what her husband was doing.”

The director elaborated on what made Satoko attractive, despite the fact that she was, in a way, “used” by her husband to carry out his spy work.

“She is not only motivated by justice,” he explained. “There are various reasons behind her choices — such as love and enjoyment, but even though she may be used as part of the plan, fundamentally, she stays within the sphere of society, which is not so for the men in this story, including her husband. When they are in conflict with the system, they either lose or break away from it, but for Satoko, although she is against it, she still confronts it — she has a tenacious spirit and is neither assimilated nor crushed by her opponent.”

The film is also significant because it’s the director’s first period piece in over three decades since he first started making feature films.

“Until now, a lot of my work has been set in contemporary Tokyo, but one [of the things] I found difficult to do with contemporary settings is that it’s not easy to conclusively decide what’s right and wrong,” he said. “And while this period setting is in the past, it’s not so far in the past to lose the connection with the present, but since it’s already a part of history we can confidently say and decide.

“I was also attracted to the 1940s because this was a period when Japan was within that dividing line,” the director said. “The country was invading other countries such as Manchuria, China, and Korea but the period right before the year [1940], the local atmosphere still pursued freedom and peace. But after that the country is swept into the war and the mood changes.”

It also marks the first time for a Japanese film to cover one of the most notorious war crimes conducted by the Unit 731 — a unit of the Imperial Japanese Army responsible for conducting human experimentations for the sake of its biological and chemical warfare development. However, the director did not feel particular pressure becoming the pioneer of this course.

“It’s not because such work is taboo or banned from creation [in Japan],” he said. “I think [the creators] perhaps feel burdened or hesitant from taking on works [from this period] because they need to balance out the fiction from the actual historical data.”

How the film and its content and message will differ is entirely up for the discussion of each and every audience member, but the director denies any political intentions with the film.

“Satoko does not make judgments in the part where the past and the present is connected,” Kurosawa said. “[The film] just shows that this happened and that we have arrived at the present. I didn’t make this film to put forth a political message [or intention]. The base of this film is entertainment, also containing genres of suspense and melodrama, that tries to [objectively] confront that moment of history. How [this piece of the past] connects to the present is up to each audience member to see and evaluate.”