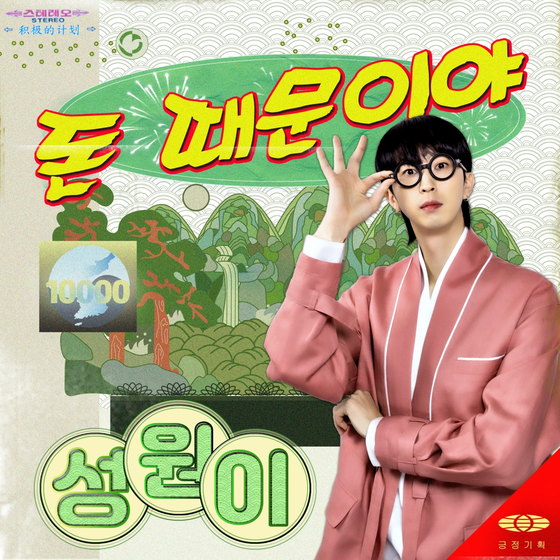 Rapper Sleepy debuted as a trot singer Sungwonee with his song "Because of the Money" on Thursday. [PVO]


Rapper Sleepy has a new persona Sungwonee through which he debuted as a trot singer with the song “Because of the Money,” his agency PVO announced on Thursday.

Sung-won is the rapper’s real name, and according to the agency, his new persona is “[One of] Sleepy’s best friends who loves trot.”

The rapper chose the name to connect with listeners by showing an honest side of himself.

Sleepy first tried his hand at trot when he appeared on the MBN variety show “Voice of Trot.”

Produced by the famous trot singer Young Tak, the song, with an addictive yet simple rhythm, openly talks about the harsh realities related to money and consoles the listeners.

“Because of the Money” is to be released thought various local music streaming sites from 6 p.m. Thursday.