How to hold CSATs in the time of coronavirus

How to hold CSATs in the time of coronavirus 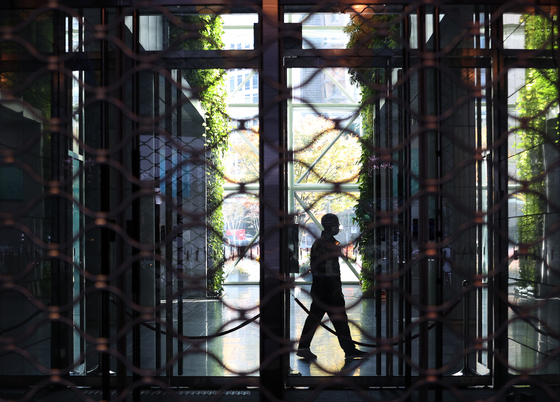 A Seoul City Hall employee guides public servants out the building Tuesday after at least one reporter who worked at the City Hall's press room tested positive for the coronavirus that morning. [YONHAP]

All high school seniors taking the College Scholastic Ability Test (CSAT) on Dec. 3 will be forced to stay at home for a week before the test to minimize chances of contracting the coronavirus, education authorities announced Tuesday.

Seniors who contract the virus or are suspected to have been exposed will not be allowed to take the grueling, eight-hour test at their designated high school.

The Ministry of Education announced Tuesday during a cabinet meeting at the Blue House that students who test positive for the coronavirus before Dec. 3 and don’t recover by then will have to go to a hospital or a so-called life treatment center, depending on their symptoms. 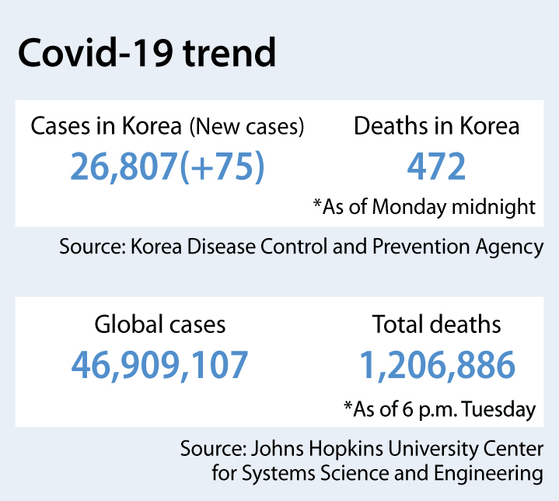 Students with lighter symptoms will go to life treatment centers.

Students who are diagnosed with the coronavirus after Nov. 12 will go to the same facilities as well.

Seniors who are suspected of being exposed to the virus will self-quarantine for 14 days, the incubation period of the virus, and take the test at one of 113 designated sites, the Education Ministry said. A total of 780 rooms have been set aside in those sites, though it wasn’t clear Tuesday whether each student will get a separate room.

In case students who arrive at their designated high school on the morning of Dec. 3 to take the CSAT show symptoms of the virus, they will take the test in an isolated area within that high school, the ministry continued.

The Education Ministry said if coronavirus cases soar across the country in the days leading up to the test, the government could come up with extra measures after consultation with health authorities.

Education Minister Yoo Eun-hae implored the public to abide by health guidelines over the coming weeks, saying that is the safest way for students to take the exam, called suneung in Korean.

The plea came as the Korea Disease Control and Prevention Agency (KDCA) announced Tuesday morning that the nation added 75 new cases Monday, down from 97 the day before. It was the second day in a row that daily cases fell below 100. Of Monday’s figure, 46 were local cases: 21 in Seoul, 15 in Gyeonggi, six in South Chungcheong, two in Gwangju and one each in Gangwon and North Chungcheong.

The remaining 29 cases were imported: 13 from the United States, five from Poland, three from Russia, two from India and one each from the United Arab Emirates, Japan, Turkey, Hungary, Greece and Ethiopia.

Four people died Monday, bringing total deaths to 472, while 115 people recovered, raising entire recoveries to 24,510. As of Monday at midnight, Korea had counted a total of 26,807 coronavirus patients.

At least one reporter who worked in the Seoul City Hall’s press room in Jung District, central Seoul, tested positive for the virus Tuesday morning, leading the entire building to shut down. Several reporters were told by City Hall to get tested, and contact tracing was held.

Gov't tries to keep CSAT from being superspreader event

Schools go back online ahead of CSATs