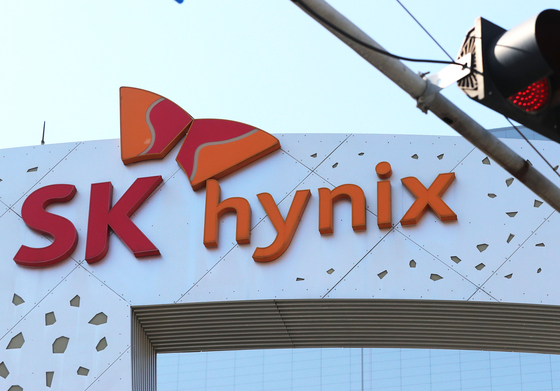 
SK hynix CEO Lee Seok-hee plans to triple the size of his NAND business in the next five years following its purchase of Intel’s NAND unit.

That would represent some $13.5 billion in revenues by 2025, based on research firm Omdia’s estimate of the company’s 2019 NAND business at $4.5 billion.

Lee's ambition was stated in a Wednesday conference call announcing SK hynix’s third-quarter performance. In a separate announcement after the results, he set out to describe what he called a “historic decision.”

Korea’s second-largest chipmaker announced last month that it would acquire Intel’s NAND business for $9 billion, which will make the Korean chipmaker the second-largest NAND flash maker in the world.

“Our goal is to establish self-sustainable business strength in the NAND business in three years and realize a threefold growth in NAND revenue within five years,” said Lee.

“Our corporate value until now relied on our leadership in DRAM. We will push efforts to change that valuation as a top memory player and establish a balanced business structure that spans both DRAM and NAND in order to develop other growth momentum beyond memory chips.”


While SK hynix is the world’s second-largest maker of DRAM memory after Samsung Electronics, its foothold in NAND memory has been smaller. As of the first half of this year, SK hynix had an 11.7 percent market share in the global NAND memory market, the fourth largest, according to research firm DRAMeXchange.

Lee pointed out on the call that the global NAND market is going through a transitional phase where the market’s growth is no longer led by mobile devices but data centers, pushing demand for solid-state drives (SSD) in which NAND chips are a core component. Data center-oriented SSDs are Intel’s specialty.


“Compared to our competitors, SK was a latecomer [to the NAND business], and although we had meaningful results, we failed to realize the growth speed we hoped for at the industry’s turning point,” said Lee.

“Entering the high-end enterprise market would have taken time, resources, approval from customers and a considerable amount of effort to expand market share, but merging with an established business would allow us to immediately do business in the segment.”


Of the $9 billion purchase price, $7 billion will be paid by late 2021 in exchange for Intel NAND’s intellectual property, technology and sales capabilities, which Lee expects to “immediately increase [SK’s] business revenue and profitability.” SK is considering borrowing to pay the remaining $2 billion. The entire deal will close in 2025.


The company dismissed rumors that it is selling its stake in Kioxia, a Japanese chipmaker that ranks second in the global NAND market, saying it can afford the Intel NAND unit without such a sale. SK hynix invested around 4 trillion won in Kioxia in 2018.

A major challenge for SK in the purchase is convincing Intel’s NAND workforce to stay on.

“I can’t disclose the plan in detail but we can say for now that we’ve prepared mechanisms in the contract to secure the core workforce,” said Lee. “We will not rush into premature integration and make sure that both organizations can work in the most efficient way by maintaining their existing systems.”

All three figures dropped in on-quarter comparisons. Mobile memory demand showed signs of recovery compared to the second quarter but was offset by sluggish demand for servers, pulling down average prices for both DRAM and NAND chips.

“SK hynix expects a seasonal increase in mobile market demand to continue in the fourth quarter, and anticipates strong PC market demand to be maintained as well,” the company said in a Wednesday statement.