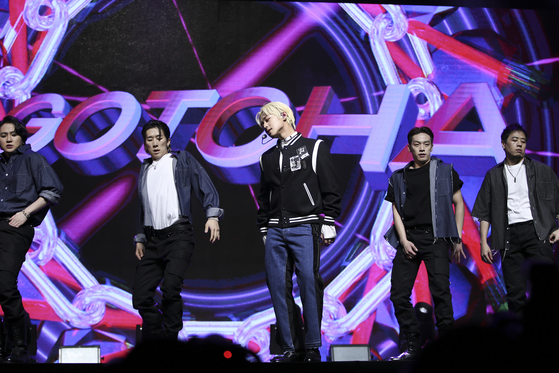 
Whether acting or singing, Park Ji-hoon is ready to rock. With his new album “Message” released on Wednesday, Park hopes to send a message to fans that he’s just as capable as a singer as he is an actor and entertainer.

“I’ve put a lot of thought into how I could go about this album even before releasing it,” said Park on Wednesday afternoon in an online showcase held prior to the release of the album. “I talked to the fans and other staff and exchanged a lot of different ideas. I prepared everything I could to show a different side of myself with all the tracks to the album.”

“Message” is Park's first-ever full-length album released since his solo debut in 2019, after performing a year and a half as a member of project boy band Wanna One from 2017 to 2019. He won a slot in the final group of 11 members among 101 trainees who competed in the second season of cable channel Mnet’s audition program “Produce 101” in 2017, winning 1.13 million votes from in and outside Korea. He appealed to fans as the “handsome one,” but with this album, he hopes to prove himself as a man. 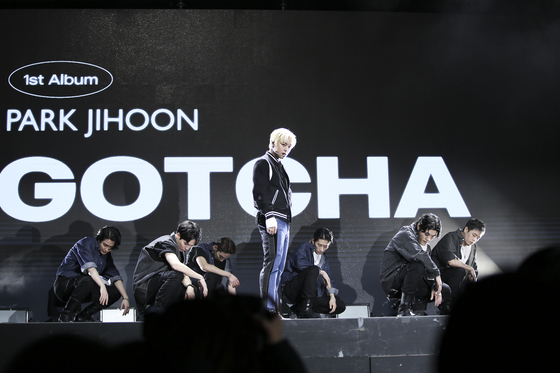 
The lead track “Gotcha” is a Latin-pop-based hip-hop dance track that sings of a man’s will to march straight to his lover and “get” her heart. The track highlights his charisma and sex appeal, as well as a new side of himself that Park describes as “more hip than ever."

“There’s been a lot of change style-wise,” said Park, “but more than that, I thought that I needed to change who I was. So I tried to go for a hip change — hot as well.”

Even before “Produce 101,” Park already had a career on television, having started acting as a child actor in 2006 at the age of seven. He has landed numerous roles since, and even has a web drama series coming up by the end of the year. Titled “Love Revolution,” the drama is based on the popular Naver webtoon series of the same title, where Park will be taking the lead role of a cute high school boy named Gong Ju-young.

“I really love doing both — acting and singing,” he said. “I think acting helps me as a singer because I learn to get myself into the scene more, and understand the words of the song better. And likewise, singing inspires me as an actor and definitely helps when I’m shooting music videos.” 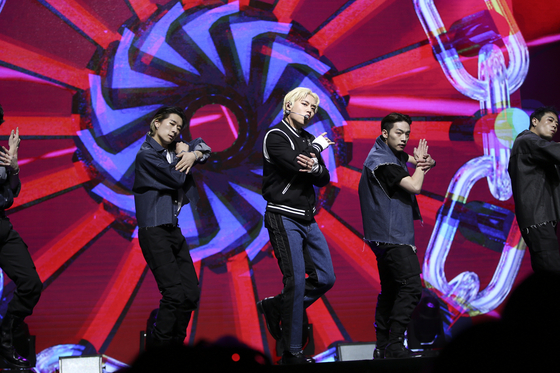 
After disbanding at the beginning of 2019, members of Wanna One have all taken separate paths. While some have joined together to form bands or taken solo paths as singers and actors, Park remains as the most active one of all. It’s all hard work, but he says he has been enjoying it every step of the way.

“I really hope people know that I enjoy everything, I want them to see it too,” he said. “It’s been a year busy for me. I did my best, but I’ll do my best again next year. I hope people enjoy it with me too.”