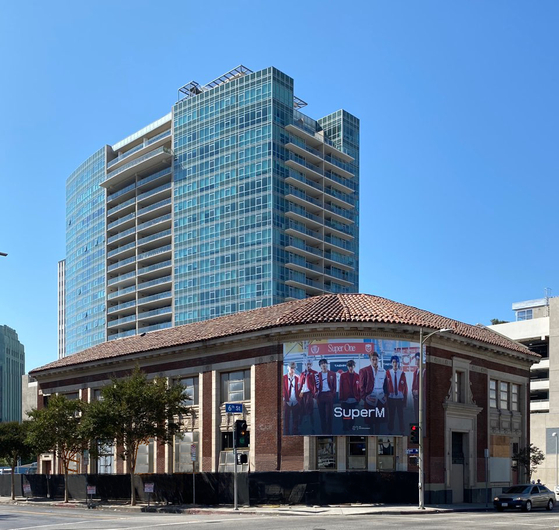 
The Los Angeles City Council will name the crossroads between 6th Street and Oxford Avenue "SM Entertainment Square," honoring the efforts of the agency and its founder Lee Soo-man in the success of spreading K-pop and Hallyu, or the Korean Wave, into the overseas market.

The city council decided last week to dedicate a street in honor of K-pop and its success in the U.S. market for the first time ever. 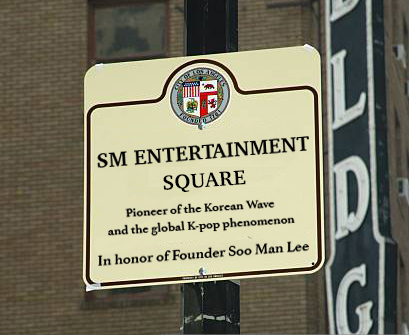 The SM Entertainment Square sign put up at the Intersection of 6th Street and Oxford Avenue in Los Angeles, California. [SM ENTERTAINMENT]


“We want to express our respect for the innovative contributions that SM Entertainment and executive producer Lee Soo-man have made to the music industry while leading K-pop onto the world stage,” said Los Angeles City Councilman Herb Wesson.

Park Kyung-jae, the consul general for Los Angeles, congratulated SM Entertainment on its achievement and hoped for an even brighter future for K-pop, saying, "I hope that SM Entertainment evolves into the hub of the Korean entertainment industry in the heart of [Los Angeles], home to film and culture industry.

"I hope to see that just like the New York Times Square, the SM Entertainment Square in [Los Angeles] will be a place for young people from all over the world to join."

SM Entertainment will also build a multi-cultural complex SMT at the Square, the agency said.