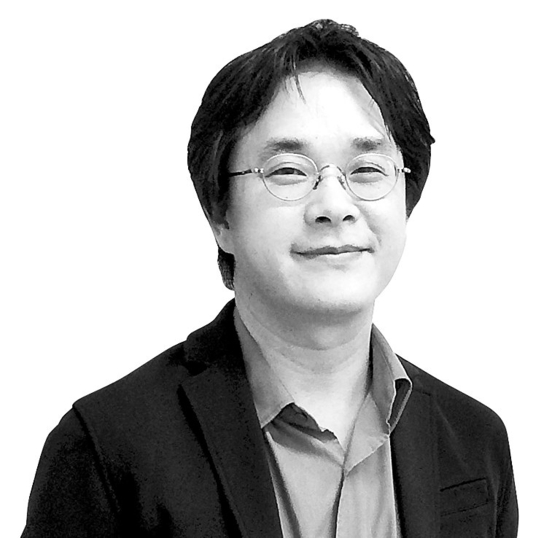 Park Won-ho
The author is a professor of political science and international relations at Seoul National University.


After four days of tense vote counting in the battleground states, the U.S. media has declared a victory for Democratic candidate Joe Biden. It will take a while until a final victor is declared given U.S. President Donald Trump’s reluctance to accept his defeat as seen in his legal challenges.

Some people may think the U.S. presidential election will not have that big of an impact on Korean politics and the way we live. They may think that, no matter who becomes the next U.S. president, Washington’s tug of war with North Korea will continue, and the political and economic friction between China and America will also continue. Besides, the United States is an ocean away from us, isn’t it?

I disagree. Regardless of the election results, I think Trump has left an irreversible political and cultural mark on our lives and on global politics. In a way, his impact on our lives was deeper than the implications that his policy changes had on America and other nations across the globe.

One unequivocal conclusion that can be drawn from this year’s U.S. elections is that many Americans are still hooked on Trump. Despite his reckless countermeasures against the coronavirus — so much so that even he was infected — and a number of pre-election surveys showing he was trailing Biden by huge margins, poll results nevertheless showed he fared way better than expected.

Some people project Trump to re-run for president four years later, while others believe that someone with similarly outlandish characteristics could return to the center stage one way or another. (Surveys, by the way, indicate Koreans are quite fond of Trump, alongside Filipinos).

So what is Trump’s charm? In a recent opinion piece in The Washington Post, best-selling author Stephen King quoted a female convenience store worker as saying, “He’s not like the other ones. He says what’s on his mind.”

Speaking candidly means to reveal one’s desires in their raw, truest forms. In other words, a politician who’s honest about their own desires could be seen as someone who understands the desires of others, and who can light up the cause of their inescapable, exhausting life. Trump appeared at a time when the U.S. society had high hopes to find middle ground between conflicting interests and desires.

But politics is not simply about raising problems — and this is where Trump’s candor ultimately failed. The start of a political process is to recognize conflicting desires and expose them, but then the end should always be about striking a middle ground and convincing both sides to make concessions and sacrifices so that everyone can live together harmoniously. That’s why now, during a pandemic, everyone’s sacrificing their own convenience by wearing a face mask. Trump refused to take up this bridging role.

Speaking honestly is also about speaking in plain language and tearing down jargon that only intellects would understand. Politics is no longer an elite play of numbers and esoteric policy terms, which means that politicians must be able to discard centuries-long traditional practices.

But Trump’s style of leadership only rekindled centuries-old rumors about bureaucratic corruption. At times, it’s crucial to solve a century-old issue by referencing the past 99 years of systems, processes and structures.

It’s important to wipe out corrupt bureaucrats, but at the same time, politics is also about wisely using their competence in the government administration. Trump failed in this sense, and Seoul is now suffering from the aftermath of the North Korea nuclear issue, as he disregarded all historical lessons and diplomatic procedures by pushing a top-down negotiation tactic with Pyongyang, only to hold a summit with North Korean leader Kim Jong-un that led nowhere.

Talking candidly could have ripple effects, which turns out to be a problem when someone’s hateful and derivative comments inspires others to speak out about their own little demons as well, creating a hateful chorus that unfolds with violence. Trump, who has over 32 million followers on Twitter, officially opened an era where political correctness — the thin threads of social respect and human dignity — was ripped apart and became the subject of ridicule.

The equations Trump used to entice U.S. voters and the outspokenness about his desires were all part of a lazy playbook. Not once did he contemplate the fact that Americans need to work together to live together, that being a role model is more important than instigating and that in the journey of democracy, a political leader must lead his people along the way. The paradoxical part about Trump’s lazy allure is that even though he lost the election, we could be standing at the beginning of a new, Trump political era — or populism, to put it differently. Translation by the Korea JoongAng daily staff.

Past, present and future are on show at SongEun Art and Cultural Foundation