Soul-searching for the soulless

Soul-searching for the soulless 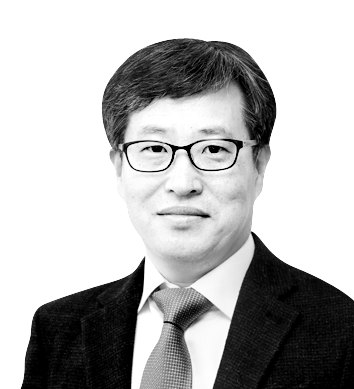 
Soul-searching was the first thing President Moon Jae-in demanded of bureaucrats upon receiving briefings from each government office after his inauguration in May 2017. “A government employee must stay wide awake to serve the people and not remain soulless to comply with the governing power,” Moon said. The comment was meant to wake up government officials from broad complacency among bureaucrats who dutifully followed the orders of former President Park Geun-hye who was impeached and ousted for power abuse and corruption.

Moon purged “soulless” officials of the past and instead brought in “pure souls” to add to his new administration. One of them was Prosecutor General Yoon Seok-youl who defied warnings from the previous Blue House to pursue investigations on election meddling from the National Intelligence Service in favor of the conservative president.

In January 2017 even before the launch of the liberal Moon Jae-in administration, Rep. Ki Dong-min, a lawmaker of the ruling Democratic Party (DP), motioned a revision to the Government Employee Act so that government employees don’t have to follow work-related orders if they are not legitimate orders. The DP has made disobedience more of a duty for government employees than a right. The Ministry of Personnel Management in the Moon administration sought the law revision and got cabinet approval after Moon took office. The new Article 57 of the Government Employee Act allowed civil servants to protest or disobey orders if they are clearly against the law and mandated that they won’t receive any disadvantages from their actions.

German sociologist Max Weber famously praised rationality and efficiencies of the bureaucracy to run a large organization through hierarchical authority, specialized division and standard operating procedures. He pointed to the professionalism of appointed officials who repress individual interests and sentiments for the public good. 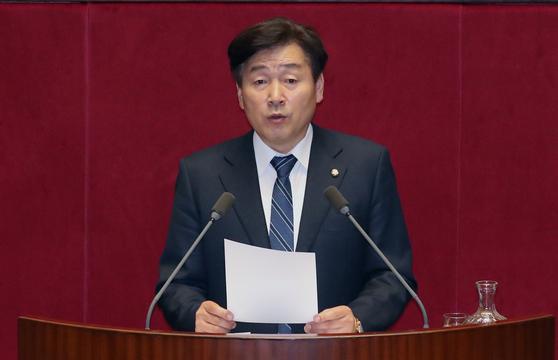 Rep. Ki Dong-min, a lawmaker of the ruling Democratic Party, motioned a revision to the Government Employee Act so that government employees don’t have to follow work-related orders if they are not legitimate. [NEWS1]

The article amendment, however, did not pass the National Assembly. Questions were raised about the application — and particularly how an order can be judged to be incompliant with the law during a subcommittee review. After much hype, the new article has never seen the daylight. The ruling DP, now a supermajority in the legislature, does not bother to bring it up. The presidential decree on government employee behavioral code stipulates the right to complain or disobey orders from above. But the liberal government’s determination to encourage government employees to commit to their duties with “soul” has faded away with the scrapping of the legal revision.

It cannot be a coincidence, given how the ruling power brings up the “obedience” clause to serve its own interests. Former Justice Minister Cho Kuk recited the legal grounds to argue why Prosecutor General Yoon must follow special inspection orders from Cho’s successor Choo Mi-ae. One of the legal grounds for obedience was Article 57 of the Government Employee Act. Ruling party lawmakers all cite the obligation to follow orders from above when attacking Yoon. They call it “democratic control” by the elected power.

The presidential office may be relieved that the legal revision never happened. If government employees were required to speak their mind and disobey, the Moon administration’s controversial policy of phasing out nuclear reactors might not have been possible. The civil servants would not have had to delete a file of 444 documents which were opposed to the shutdown of the Wolseong-1 reactor after repair and upgrade work worth 700 billion won ($624.2 million) based on incorrect economic estimation.

Deputy Prime Minister for Economic Affairs and Finance Minister Hong Nam-ki vainly feigned a protest by offering to resign after he had to give into the ruling party’s demand not to change the tax code. Many government employees must have felt they have to sell their soul. A ruling party lawmaker scolded Hong for “acting like a politician.” The lawmaker was actually the one who had proposed the legal revision on the “duty” to disobey. Instead of confusing and demoralizing government employees, the administration should sack those who do not dutifully follow its orders if it really has the guts to live up to the political risk.