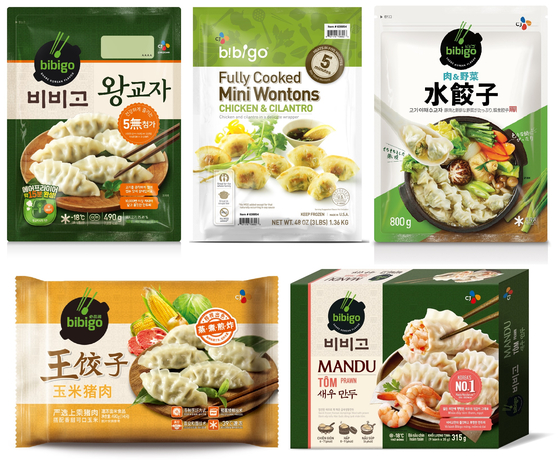 
The food company behind Bibigo brand announced on Tuesday 6.34 trillion won ($5.69 billion) in consolidated sales in the third quarter, up 8.3 percent on year and up 7.1 percent compared to the previous quarter.

The net profit figure in the third quarter was 189.2 billion won.

CJ Logistics is a subsidiary of CJ CheilJedang.

Its consolidated operating profit jumped 47.5 percent on year to 402.14 billion won on strong performances in food and bio, according to CJ CheilJedang in a statement Tuesday. The figure was up 4.5 percent compared to the previous quarter.

The company is engaged in producing and selling amino acids for feed and food, seasoning materials and vegetable protein materials for the bio business.

Sales of high-profit products, like Tryptophan, an amino acid used in the biosynthesis of proteins, led growth and accounted for 30 percent of the total sale.

CJ CheilJedang’s food business was greatly helped by operating profit from Schwan’s, which it acquired in 2018. The U.S.-based company specializes in frozen food. Its operating profit more than doubled compared to the July-September quarter last year.

The company added that the popularity of home meal replacement products on the dining-at-home trend due to Covid-19 also helped boost its profit.

But there are concerns.

Sluggish demand for home meal replacement products in the second half of the year due to the easing of the pandemic and advertising promotion expenses in the second half could act as a drag for the growth momentum, according to a report from Samsung Securities released last month.

Sales in the feed and care business for pets jumped 17 percent on year on increased demand from China and Vietnam.

CJ CheilJedang “has reported a steady achievement even during a global crisis as a result of focusing on innovative growth, which is focusing on raising profitability,” CJ CheilJedang said in a statement. It vowed to gain structural competitiveness through focusing on core products and investment in research and development.