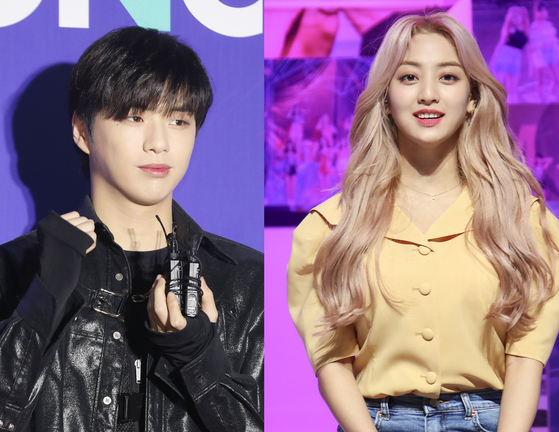 
Singers Kang Daniel and Jihyo of girl group Twice have broken up after a year of publicly dating, both singers' agencies confirmed on Tuesday.

Local news outlet Dispatch first reported the news on Tuesday morning, citing an insider who said they were "too busy for love."

"The two people have very clear goals," the insider told Dispatch. "They haven't met each other as often, after they started working on their albums."

News of their relationship first broke last year when Dispatch published pictures of Jihyo outside Kang's residence in central Seoul. The two met through a mutual friend in 2018.

Twice recently released its album "Eyes Wide Open" on Oct. 26. Kang is working on his own music.