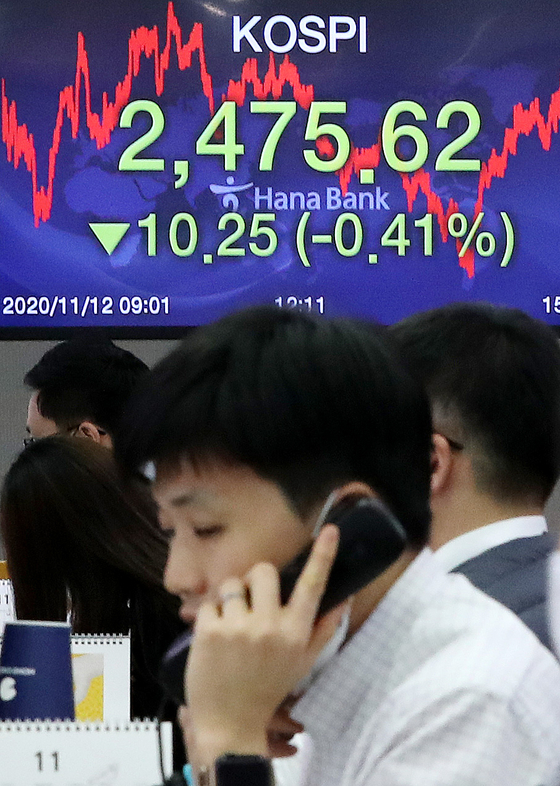 A screen shows the closing figure for the Kospi in a trading room in Hana Bank in Jung District, central Seoul, on Thursday. [NEWS 1]

The Kospi got off to a weak start after the benchmark index hit an over two-year high the previous session over vaccine hopes.

"It is notable that the actual mass injections of the Covid-19 vaccine would take a considerable time," Kiwoom Securities analyst Seo Sang-young said.

"Certain levels of lockdowns may be inevitable in order to handle the outbreaks, and that would cause some economic slowdowns," he added.

Shipping company Korea Line rose 29.91 percent to 3,040 won, on hopes that the trade spat between China and the United States will ease once President-elect Joe Biden is in office.

The local currency closed at 1,114.8 won per dollar, up 4.8 won from the previous session's close.