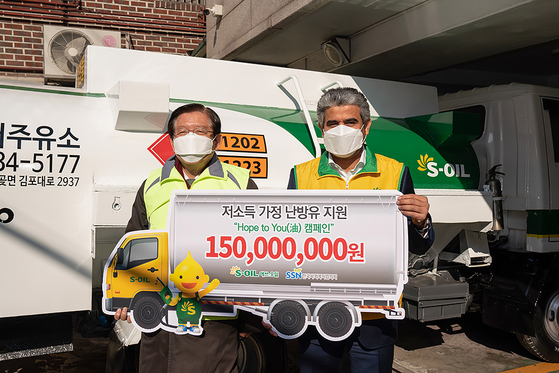 
S-Oil has donated 150 million won ($134,536) to the Korea National Council on Social Welfare (Kncsw) toward a campaign sponsoring heating oil for 225 households in need of financial support.

Since 2015, the oil company carried out the campaign as part of its corporate social responsibility initiative, supporting underprivileged households with heating oil during the winter months as heating costs more than 200,000 won per month.

The recipients were selected by social welfare institutions across the country. They include families with young children raised by grandparents, solitary senior citizens, multiethnic families and the disabled.

The Kncsw is a public organization under the Ministry of Health and Welfare.

“I think the cold weather came early this year and there are still families that are without heating due to financial difficulties,” said S-Oil CEO Hussain Al-Qahtani during a recent visit to the home of a senior citizen who lives alone. “Through this small act, we hope to be of assistance for the families to spend warm winters.”