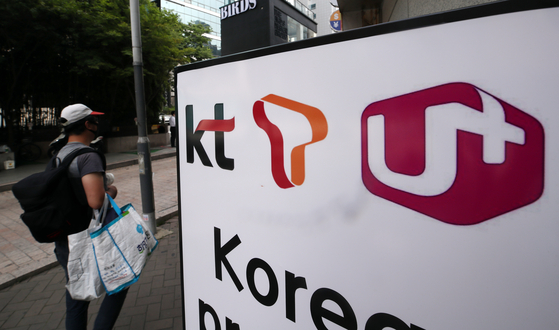 
Three telecommunications companies on Thursday jointly objected to the pricing of spectrum renewals and are demanding information from the government on methodology and reasoning.

The Ministry of Science and ICT is set to charge a renewal fee for 310 megahertz of spectrum, for 3G and 4G LTE, based solely on the initial auction price. Under those terms, the combined charge for three carriers is estimated at 5.5 trillion won ($4.9 billion), according to the ministry.

The pricing is a departure from the previous practice of factoring in reserve prices, the minimum price a seller is willing to accept from a buyer in an auction, as well as the finalized bid price.

“The Science Ministry should reveal the detailed pricing about the fees and the reasons for that over the past 10 years,” SK Telecom, KT and LG U+ wrote in a joint statement.

The ministry “also should explain the background and reasons why it decided to adopt a new methodology, which goes against the rules set by the Radio Waves Act,” it read.

The act stipulates that should the government change the pricing system, the notice should be made one year ahead of spectrum contract expiration.

The initial contract will end in June next year, and those interested in resuming use of the spectrum should apply by December.

Instead of relying on the previous bid prices, the carriers have suggested that the government open new bidding for the spectrum.

The ministry will hold a public hearing on the network pricing issue on Nov. 17, but the carriers say the gathering could be meaningless without the key information given.

The telecom units sent a letter to the Science Ministry last month to protest the decision.